Here’s a round up of some North Fulton Scoop in case you missed it. 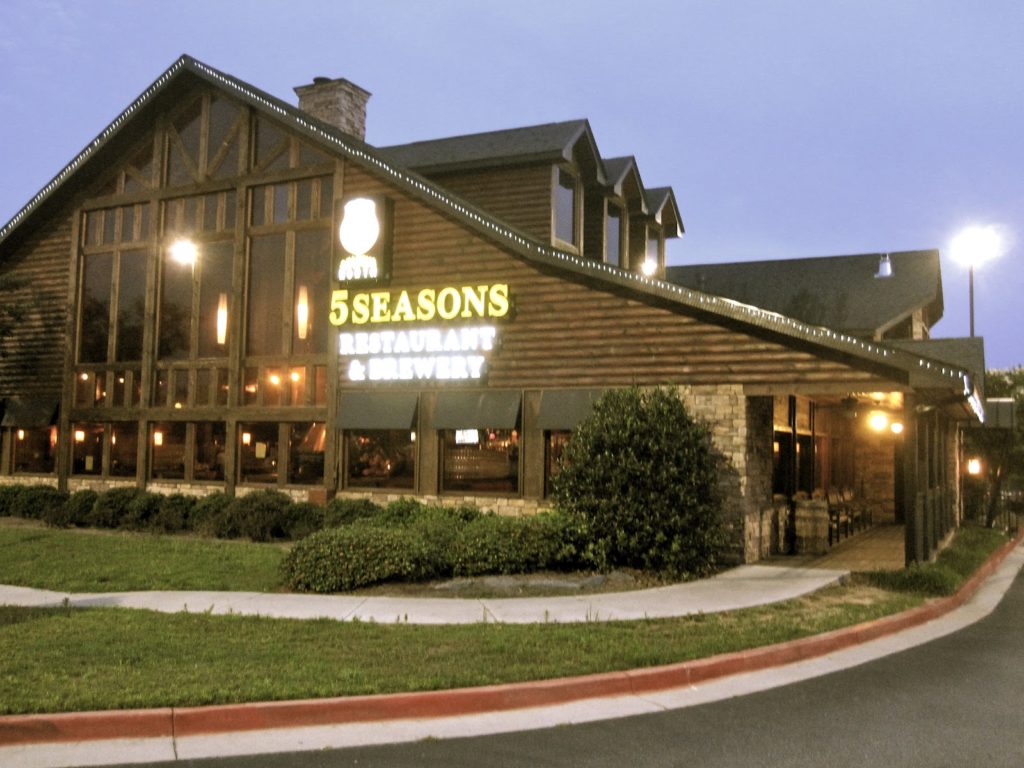 According to their Facebook page, the restaurant announced that after 10.5 years, they are closing the Alpharetta location. Other locations are at 1000 Marietta Street NW in Atlanta and 5600 Roswell Road in Sandy Springs will remain open.

We have sold the property here at 5 Seasons North and so we are closing down this location. First we want to thank our dedicated and talented staff as well as our many guests who have become such good friends over the last 10.5 years.

This beautiful building was sold with an offer they simply couldn’t refuse and rumor is that a former Taco Mac executive Bob Campbell is opening a BBQ restaurant in that space. Stay tuned as details unfold.

On their Facebook page, this Roswell steak, seafood, and pasta restaurant announced there is an ownership change.

After 26 years of living, raising our two girls, and running a restaurant in our East Cobb community, we have decided to move on to the next chapter in our lives. Anita and I have sold Chicago’s Restaurant that we opened in 1991, 26 years ago.  The Chicago’s tradition will continue on with the new owner Mark Zwolak.

The restaurant is open and operating. I have watched Scoop Star Hadley Elizabeth sing there a few times and I know one area of improvement could be the size of the entertainment bar area; let’s see what changes this new owner implements to make this his own place, while carrying on the Chicago’s legacy. Stop by 4401 Shallowford Rd NE in Roswell to meet the new owner.

The Mill Kitchen and Bar

The Mill Kitchen and Bar was named one of the 100 best al fresco dining restaurants in Georgia.  It was the only Georgia restaurant to make the list on OpenTable, which is generated from more than 10 million verified OpenTable diner reviews collected between May 2016 and April 2017. Thank you to the Current Hub for the Scoop.

This quaint organic coffee house, farm fresh market, gift store and local hangout in the Crabapple section of Milton closed in June. From their Facebook page:

Without going into too much detail, it was a convergence of several events that forced us to question the validity of continuing operations. After carefully examining all our options, closing down just made the most sense. The personal sacrifice that we made was tremendous and, in the end, continuing was just too much for our family.

You can still order their coffee online. We have been a few times and always had it on our list to go back. If you never experienced their hospitality I am sorry you missed the chance and we wish them the best of luck!

According to an AJC Article, more people are moving to Alpharetta than any other large city in Georgia, according to recent population estimates from the U.S. Census Bureau. Business Insider broke down the data to find the fastest growing large city in each state. For the Georgia, that city was Alpharetta, often called the “Technology City of the South.”

This doesn’t surprise us as we write about some new Alpharetta Scoop weekly as The City, Avalon, and downtown areas grow to meet the demand of the growing population.