Break out the bikes and walking shoes! Alpharetta has approved plans to get its own version of the famed Atlanta Beltline called “The Alpha Loop.”

The city reports that the 12- to 16-foot wide path will consist of a three-mile inner loop and a five-mile outer loop, connecting locations like downtown with Avalon to the east and the Northwinds project to the south. Renderings of the project below. 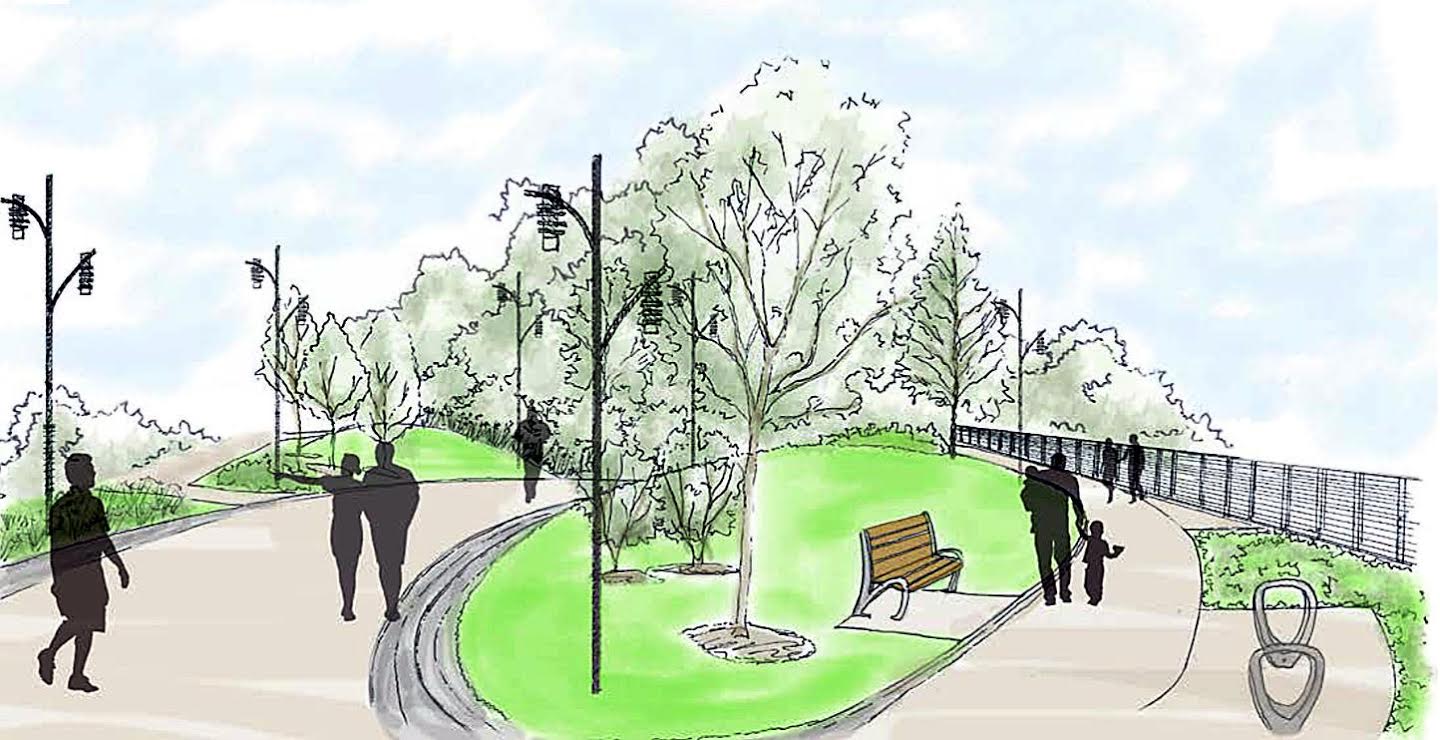 Mayor Belle Isle likened it to the Atlanta Beltline, a network of parks, trails and transit on a 22-mile former railroad corridor circling Atlanta’s intown neighborhoods.

The Alpha Loop will connect existing and future residential areas to approximately 3 million square feet of office space that either exists today or is currently under construction. An additional 3 million square feet of office space is approved along the network; meaning that The Alpha Loop could create pedestrian connections between residents and approximately 15,000 jobs. Additionally, the network provides connectivity to roughly 700,000 square feet of other commercial and restaurant businesses. Those connections will grow as we expand the Alpha Loop concept to connect to the Big Creek Greenway, forming linkages to the rest of Alpharetta as well as into Roswell and Forsyth County.

The Alpha Loop will take years to complete, but some sections, like the one connecting downtown and Avalon, may be completed late this year or early 2018.

The goal is to provide an easy way to get to some of Alpharetta’s most popular attractions and new developments, including a mini Krog Street Market where a location of The Varsity once operated and the Big Creek Greenway.