PONKO Chicken, the chicken fusion coalescing American and Japanese cuisines recently debuted at Alpharetta’s spanking multi-use complex, the Maxwell at Devore Road and Highway 9. Cooked in rice bran oil, the chicken is a much healthier version than traditional fried yardbird. 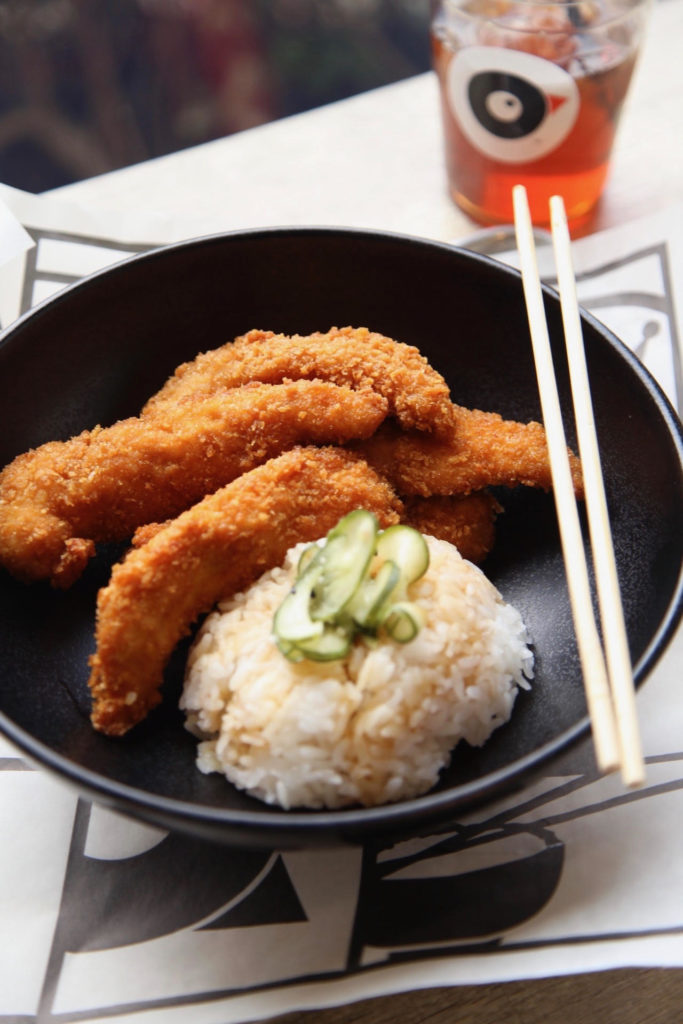 My favorite item was the chicken tacos, dressed in slaw, onion, cilantro, and jalapeno crema. The meat was a pleasant texture of crunchy on the outside, tender in the middle and as promised, much easier on the stomach than comparable dishes elsewhere. A pleasant surprise was the all-beef, nitrate-free hotdog, also topped with slaw. Fried, though not for as long a North Jersey “ripper” the wiener offers a great alternative to the poultry selections. 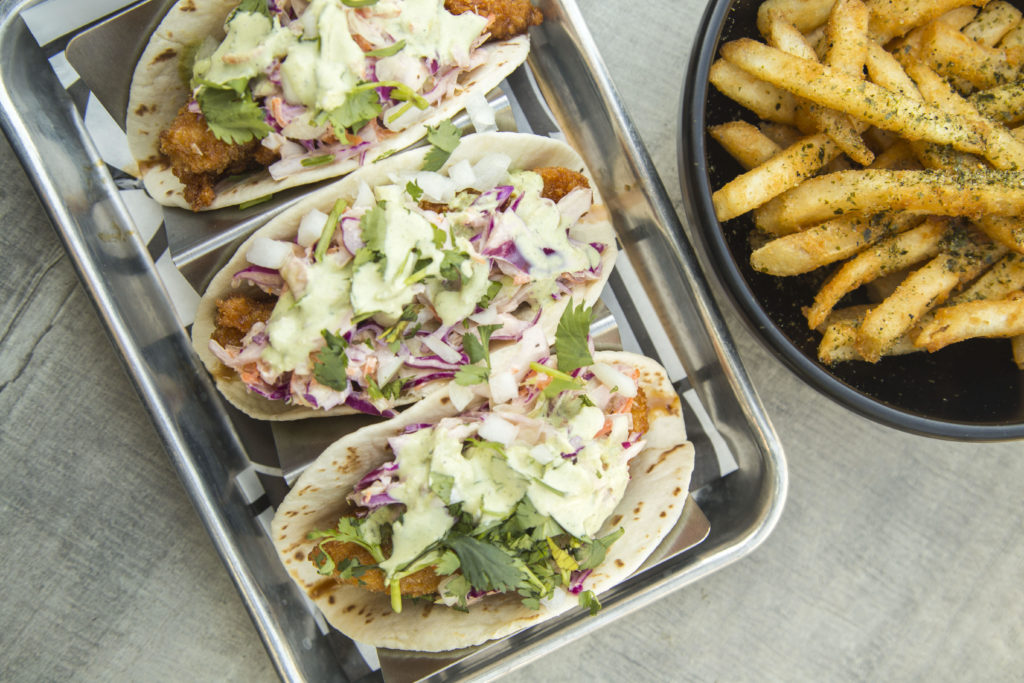 Don’t sleep on the top side dish of green beans with miso tahini and fried onions.  All chicken dishes can be topped with the OG, their signature sweet sauce as well as spicy or barbecue.

Several cocktails and wines are listed. I was gratified to observe that the small draft list embraced Tropicalia, Georgia’s best brew as well as other top-notch beers such as Basement from Scofflaw Brewing and Sweetwater 420. Canned options included Southern Juice IPA from local brewery Jekyll and JOGR from Woodstock’s Reformation. Several big box beers are also obtainable on tap or in can such as Blue Moon, Bud Light, and Michelob Ultra. 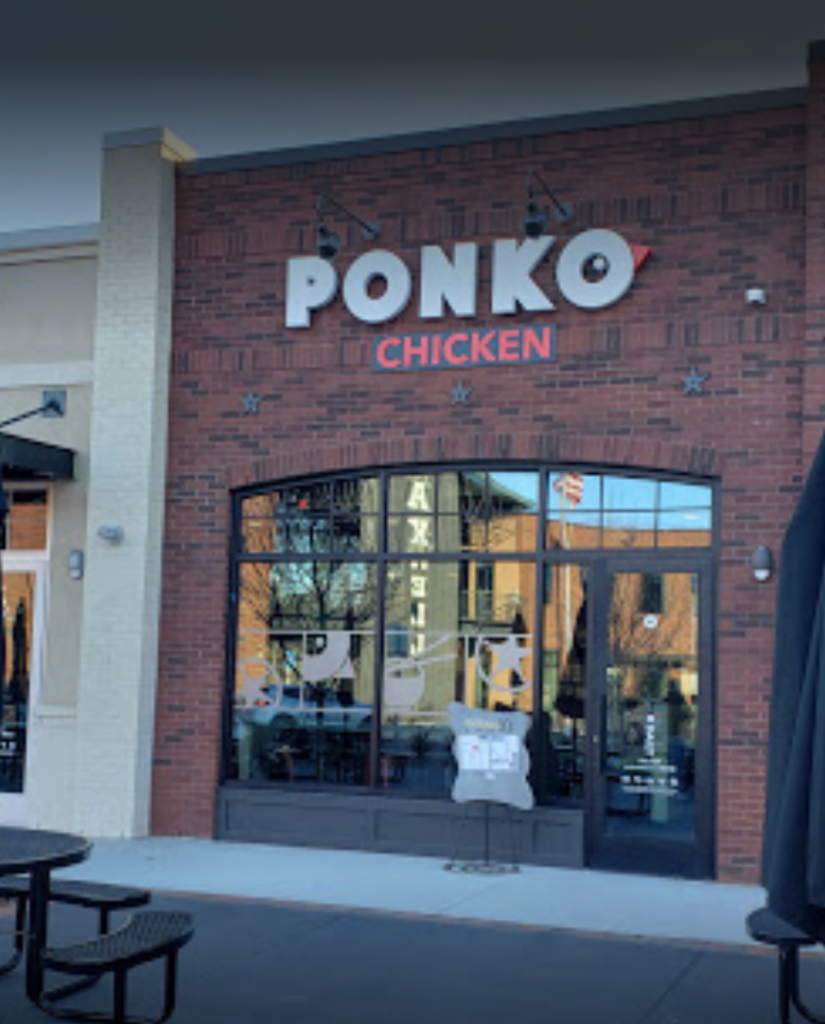 Owners Sue and Rick Herrmann fell in love with the concept and pursued bringing a location to exploding Alpharetta dining scene. Rick, a contractor by trade, discovered the restaurant when he was hired to do millwork at the original location in Chamblee. Rick’s talents are manifested in the interior of the Maxwell location, with the bar area especially architecturally pleasurable.

In addition, on select occasions, local musicians perform on the patio. Those who yearn to support locally owned businesses will take solace in knowing the Herrmanns hail from the area, having just had two children graduate from nearby Chattahoochee High School.

Though the original location has only been open for about four years, among the honors already achieved include “Three-Peat Winner” at Taste of Atlanta, “Best Fried Chicken” at ATL CLuckFest in 2018, “Top Selling Vendor” at Super Bowl Live 2019, and “Best Dish” in the Midtown Alliance Spring Crawl 2019.

Here are the other locations of PONKO Chicken in Georgia.

This article was submitted by Joe Duffy who has a podcast Atlanta Grubber.  You can also follow him on Instagram @atlantagrubber. Duffy has been a long-time food contributor for Scoop OTP!