Calling all cowboys! Another tenant of Live! at the Battery Atlanta opens this weekend. PBR Atlanta is where cowboy cool meets urban chic.  PBR first opened its doors in 2009 and now Atlanta can claim this popular cowboy bar too as it right outside the doors of SunTrust Park at 825 Battery Ave SE Atlanta.

PBR is only open on the weekends, and they are kicking it off with a few opening week festivities.

Branded by the Professional Bull Riders, a red-hot sport experiencing record ratings and attendance, will open its doors for people to get a sneak peek and to experience a unique venue, including a large dance floor and stage, Coors-branded Banquet lounge, outdoor balconies with fire pits and multiple bars and of course, the world’s meanest mechanical bull as a show-piece element to the club. 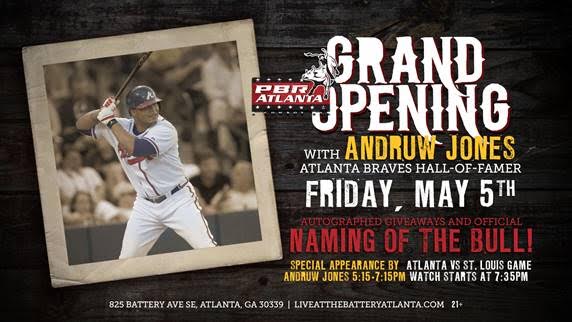 PBR Atlanta is a powerhouse concept that creates an authentic country experience as part of Live!, the entertainment anchor of The Battery at SunTrust Park.  PBR Atlanta officially opens on May 12th with a free concert by Colt Ford for another grand opening event.

Colt Ford will host a free concert in the Plaza outside of Live! at the Battery Atlanta, sharing songs from his new album, Love Hope Faith. (Please note: This is a 21 years old and up event.) 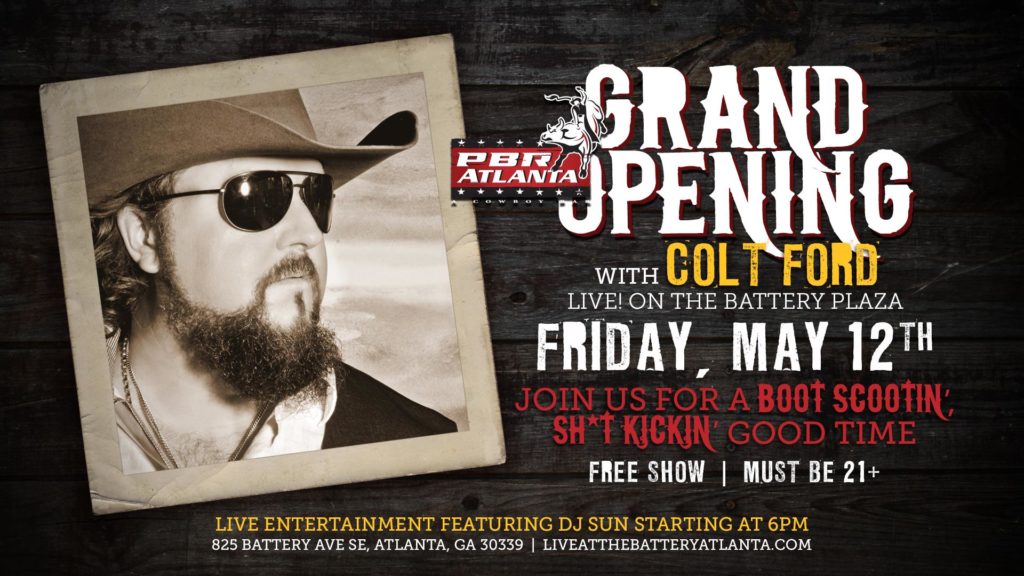 Known for breaking new ground in the country rap genre, Ford has released five albums during his musical career. Four have appeared in Billboard’s Country Albums Top 10 chart.  Ford, a self-described “PBR junkie,” has attended many PBR events and has performed at the PBR World Finals. He credits his music career with truly taking off with his song about the PBR called “Buck’Em.”

Break out the Cowboy boots and have some fun at these grand opening events at Live! at the Battery located at 825 Battery Ave SE Atlanta. Follow Scoop OTP on Facebook for the latest updates. 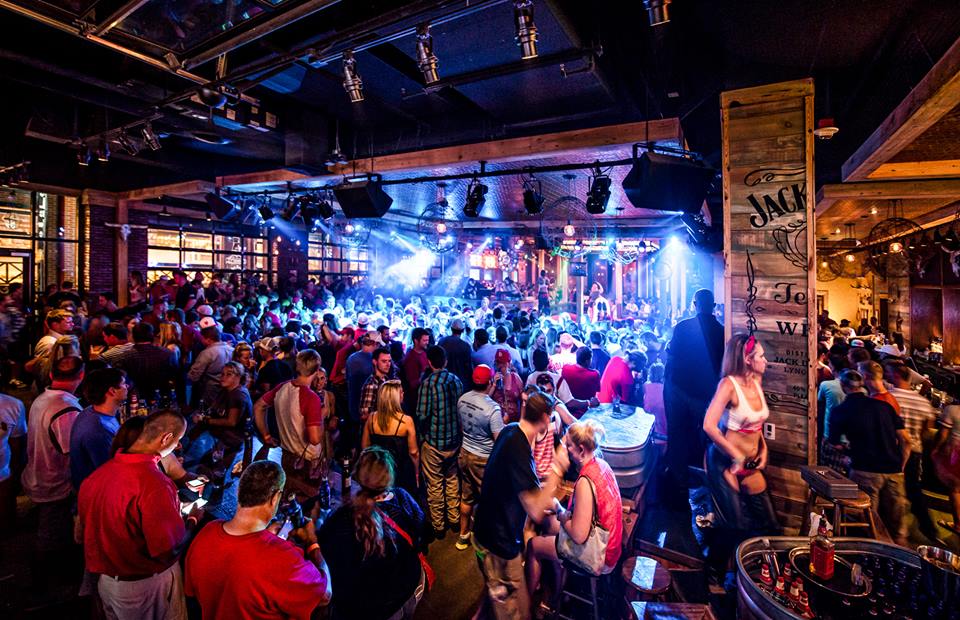