Four years ago, the headline read “Braves Move OTP,” and the anticipation has been building since that day. The Braves are about to unveil their new home at SunTrust Park, and with that comes a whole new baseball experience, as well as an enticing dining, shopping and entertainment district. We got a sneak peek at what you can expect when the first pitch is thrown out on April 14th.

The Battery, which is the area surrounding the stadium, is similar to an Atlantic Station or Avalon environment. Live! at the Battery is a dining and entertainment district being developed by the Cordish Company. Live! will have three components: The Todd English Tavern, Sports and Social Club and PBR Atlanta — which is short for Professional Bull Riders.

Chef Todd English was a James Beard Foundation winner. An Atlanta native, the Live! location is his first Atlanta restaurant. The open kitchen with a wood fire grill stocked with chains for lowering meat will set the tone for upscale dining in Live!

Sports and Social Club will feature a 30-foot television with 37 additional TV’s — so you will not miss a play while socializing. Traditional games like ping pong, shufflepuck, air hockey and foosball are throughout the venue, as well as a stage for local musicians.

PBR Atlanta, a brand developed by the professional bull riders, will have a dance floor, a mechanical bull, lounge-style seating and patios with fire pits.

Live! at the Battery is going to be the place to meet for food and drinks before and after the games, but it is sure to be a destination year round for fun, food and entertainment. All areas of Live! are family oriented until the later evening hours, with Sport and Social leaning the most toward kid friendliness. A perk to heading there before a game: they will validate parking with a food and beverage purchase. 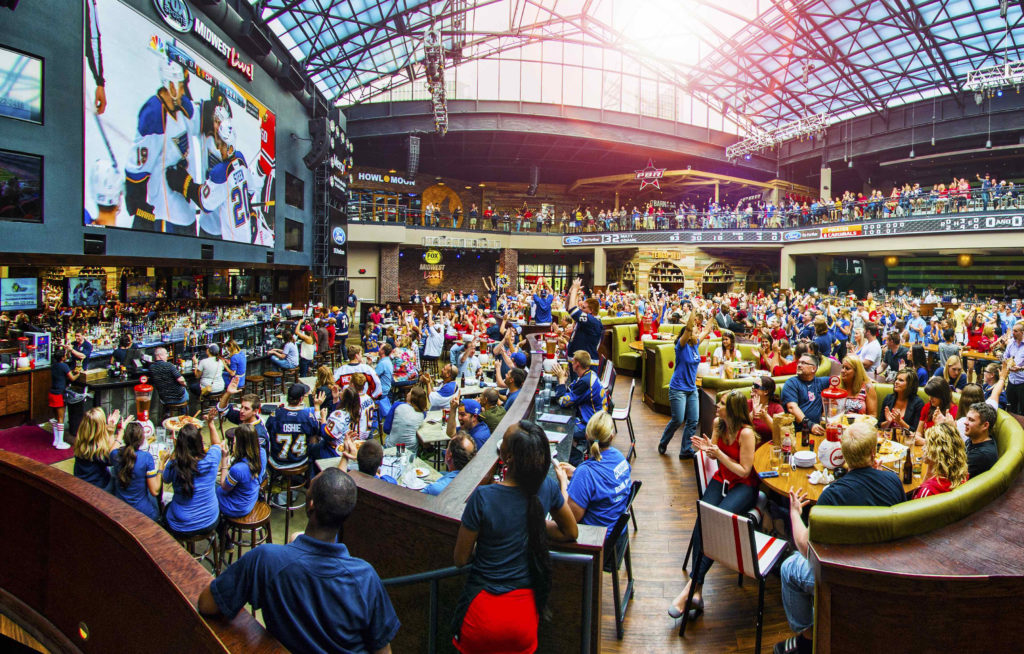 Now, onto to the ballpark! Keeping with the theme of being the most cutting edge facility in the league, Comcast is partnering with the park and the Battery to provide the all-fiber network that will be capable of delivering multi-gigabit speeds throughout the complex on game days and every day in between. I am not 100 percent sure what a terabit is, but apparently every person in the park can be on their mobile device downloading a movie simultaneously — or, more likely, looking up stats. Oh, and free wifi for everyone the minute you hit the park from Comcast. 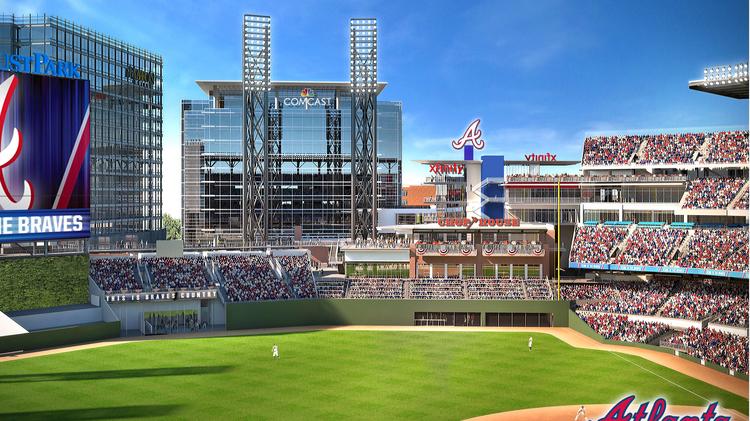 After some push back from the public, the Brave’s have decided to allow some outside food into the park, which is really helpful if you have little ones in tow who need constant feeding. But for a lot of us, going to a ball game is as much about the food as it is about the game. Don’t worry — traditional hot dogs will be available of course, but there are some exciting food options for a ball park.

Hugh Acheson’s First & Third Sausage Stand, Fox Bros. BBQ, Slice Pizza, Taco Factory, the Fry Box (french fries), Gu’s Dumplings, a Waffle House stand and of course, Atlanta staple Chick-fil-A are spread throughout the park. And keeping with their promise to source locally, Farm to Fan food will be incorporated — just look for the logo at each individual vendor. MillerCoors is the official beer of the park, and Terrapin is the local craft beer. The Chop House and Below the Chop House are more formal dining options that are both available for private events.

What about the kiddos? Hope and Will’s Sandlot makes me wish I was still a kid! The Sandlot has several carnival style games, a rock climbing wall, a zip line, a first base dash plus kid friendly snacks that I’ll probably end up getting for myself… I can’t turn down a giant soft pretzel in the shape of the Brave’s “A”! Sounds like chaos and long lines, doesn’t it? No worries. As part of the providing the best possible fan experience, you can download the park’s app and reserve you kids a spot in line at the zip line! 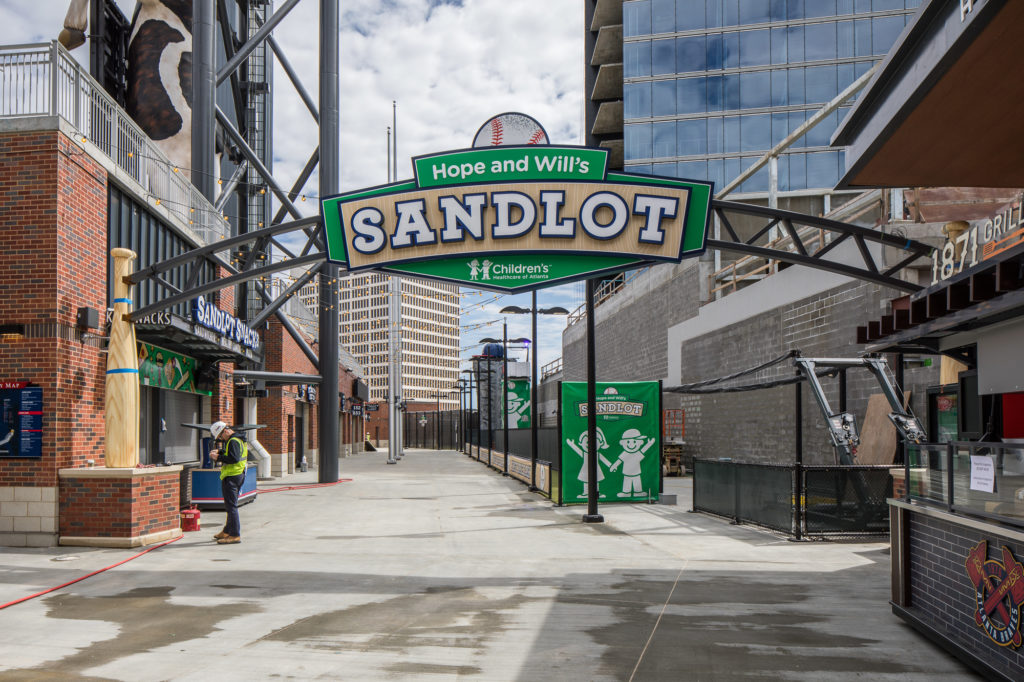 Onto the seats. As part of the tour, we got to see the Delta Sky 360 Club, the Sun Trust Club, the Infiniti Club and the Champion Suite. I could definitely get used to the comfort in these suites! But, for the other 99% of us in general admission seats, it looks as though there isn’t a bad seat in the house. And it looks as though you could get a ticket for as little as $8, so you can take the whole family! The Xfinity Rooftop is an area that is open to all ticket holders and is a great option for getting a different view of the game.

True baseball fans will enjoy the Braves Memorial Garden, an area within the stadium that relives much of the history of the Braves and displays some of it’s memorabilia. It’s also a great way to get out of the sun on hot day, which goes hand in hand with baseball in Atlanta.

After a tour like that, we cannot wait to come back and see a game in action. The new park opening is such an exciting time for our city, and being OTP makes it even sweeter. And if baseball just isn’t your thing, the Battery and Live! are going to be an exciting new destination for food and entertainment, providing something for almost everyone.