Update: We are excited to partner with the OTP travel agency who owns “The Truckster.” Not only is Pixie Vacations experts on Walt Disney World, Sandals, and Beaches trips, but they have a cruise division too.

They even have specials right now to help you plan the trip of your dreams. 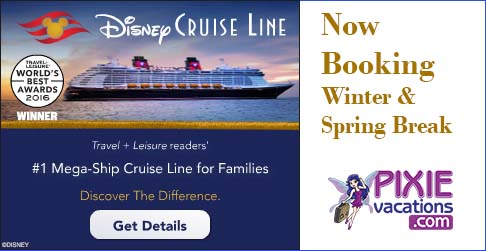 You’ve probably seen trailers for the new Vacation movie where Rusty Griswold (Ed Helms) surprises his wife (Christina Applegate) and two sons with a cross-country excursion to American’s favorite fun park. Following in his father’s (Chevy Chase) footsteps, Rusty and the gang pack up the car and hit the road for some much-needed family bonding.

Soon, the promise of fun turns into one misadventure after another for the next generation of Griswolds and anyone who encounters them.

Believe it or not, there is a Cherokee County, GA family, the Griswolds, who built an exact replica of The Wagon Queen Family Truckster. The 1984 Ford LTD Country Squire was made famous in the first Vacation movie. Last Summer, the real Griswolds took The Truckster across America on Route 66 to help promote their travel business.

During that 2,800 mile road trip across America, the art director for the new Warner Brothers’ Vacation movie followed the Truckster’s journey on Instagram and Twitter.  When Steve and Lisa Griswold returned home they were contacted by the directors, as the movie was filming in Atlanta, GA.

“We were surprised and thrilled to meet the directors of the Vacation movie and talk about the new film. They were even more excited to see our Family Truckster, and we had a few laughs briefly watching part of the original Vacation film while sitting in the Truckster,” said Steve.

“We got to visit several of the movie sets around Georgia and also spent a few long days filming the Wally World scenes as extras right here at Six Flags Over Georgia.”

Vacation comes to theaters July 29, 2015 and is rated R. Some theaters have evening showtimes Tuesday night.

Visit Scoop OTP or follow us on Facebook for all the latest recommendations and updates around town. Cherokee County was just home to Tom Cruise and Michael Keaton, too!

If you want to plan your own family vacation like a trip to Walt Disney World, Sandals, Beaches, or even a cruise, you can contact the Griswolds’. Yes they own a travel agency right here in Canton GA called PixieVacations. Sorry — they don’t plan any trips to Wally World.