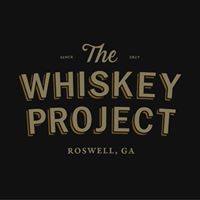 Hey, whiskey lovers! A new restaurant called The Whiskey Project is opening in Roswell. In an exclusive interview with co-owner Marcus Bifaro, he explained the purchase of Oak Street Cafe and the future changes coming to this popular establishment.

Bifaro was previously with South Main Kitchen and popular restaurants in New York. One thing Bifaro made clear is his respect for Oak Street proprietor Joseph McCaffrey. Selling Oak Street was McCaffrey’s choice and Bifaro was in the right place at the right time as he was looking at another lease in the building.  In a heartfelt post on Oak Street Cafe’s Facebook page, McCaffrey thanks his patrons for supporting his business over the years.

The main feature of the restaurant is the 34-foot long bar, which will be the center of attention with one of the largest Whiskey selections in the Southeast with between 800 and 1,000 brands! The liquor menu will consist of Whiskey Cocktails, Lost and Forgotten Classics, and Signature House Cocktails. They’ll offer sixteen beers on tap and a diverse yet compact wine list as well.

The lunch menu will be similar to what is currently offered since it has been very successful. The dinner menu is moving to an “Air-Land-Sea-Share” concept. Guests will enjoy an amuse-bouche that is served gratis and according to the chef’s selection. The shared concepts will include cheese and charcuterie boards and oysters. 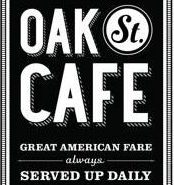 Bifaro said the best thing about this restaurant is the location with 50 free front door parking spots making it easy for his patrons to start the evening off hassle-free at 45 Oak Street in Roswell. If you know downtown Roswell, parking can be a challenge, so this will be a welcome change at this hidden gem of a location.

The original concept of The Whiskey Project was to be a membership club a few doors down from Oak St. Cafe, but when this opportunity presented itself, Bifaro couldn’t pass it up. He is hoping to open his doors this October.

Here’s an interesting fact from Liquor.com:

Whiskey, a.k.a. whisky, is as much a broad categorization of spirits as it is a spirit type. If you aren’t a whiskey enthusiast, you might be wondering what the difference is between whiskey and whisky, or what the deal is with whiskey versus bourbon or scotch. One determinant between whiskey and whisky is where it’s produced. Whiskey from Ireland and the United States is usually spelled with an “e.” Whisky from Scotland, Canada, Japan and elsewhere is spelled without an “e.” So regional grammar is why you’ll see Scotch whisky but Irish whiskey on the shelves. Along with country of origin, the type of whiskey or whisky is also determined by the grain used in the distillation process. Different grains produce different taste characteristics. Couple that with varying distillation methods by region and producer, and you get a wide range of flavors from sweet to spicy and from smooth to bold and smokey.

We now have The Whiskey Project to help us learn all the intricacies.
Follow us on Facebook for the latest updates around town, restaurant recommendations, and family fun ideas.
Roswelltastingwhiskey