Here’s a recap of what’s planned and opening around town.

A wild west emporium and eatery is coming to Acworth in late Fall of 2019 or early Spring 2020 at 4443 Cherokee Street. Taptown will offer over more than 100 craft beer, wine, champagne, and cider on tap as well as food truck-inspired eats.  In an email from the Tap.Town team:

With more than 100 craft beer, wine, champagne, and cider on tap, it would have the “largest number of self-pour taps in the nation. We are utilizing the newest state of the art self pour/pay technology allowing customers to pour/pay by the ounce their favorite beverages.

Their pet friendly beer garden will be the go to spot for those wanting to relax and chill with your 2 legged friends and your 4 legged friends as well! After you grab a drink, feel free to play darts or listen to one of their local bands with no cover charge. Their will also be root beer for the kiddos!  Thank you to What Now Atlanta for the scoop.

If you don’t know the story of Stacy Brown and the beginning of Chicken Salad Chick, I highly recommend the podcast, How I Built This. It is the behind the scenes look at the birth of this now very successful company. 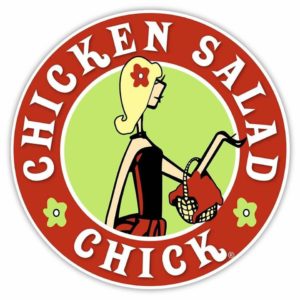 It’s worth noting, too, that Rome is home to a number of people behind some of the restaurant’s popular sandwiches.  “Sassy Scotty” is named for Stacy’s best friend since kindergarten, “Cranberry Kelli” is named for Stacy’s sister-in-law, and “Nutty Nanna” is named for Stacy’s mother Cheryl Melton, all of whom are current Rome residents.  The “Fruity Fran” was named for Stacy’s aunt who recently passed but who also lived in Rome. The Rome location is being opened by Brown along with Auburn businessman King Braswell through his company, KQC, LLC.  Brown will operate the restaurant not as a corporate store, but as an independent franchise.  Thank you to Tomorrow’s News Today for the Scoop.

The Marietta Square Market keeps teasing on their Facebook Page to announce an opening date soon of their 19 combined restaurant and retail vendors. They have delayed their opening a few times but appears to be built out now and each restaurant is currently hiring.

In Canton, Nuevos Amigos, the same owners as El Nopal in Marietta, has this February update on their Facebook Page, but in an email to me today, they confirmed a March 4th opening!

I know everyone is excited for us to feed the community. We are in the final hiring process and are hoping to welcome you through those doors by the end of the month.

Keep following us for the latest updates around town.