From renderings to reality, The 1.6 Billion Mercedes-Benz Stadium, home to the Atlanta Falcons and Atlanta United FC will open for the Falcon’s preseason game vs. Arizona on Saturday, August 26, and vs. Jacksonville on Thursday, August 31. Both games are scheduled for 7 p.m. Eastern kickoffs. Then, the collegiate match up of Alabama vs. FSU happens on September 2nd.

We had the opportunity to tour the facility. With 2,000 workers engaged 24/7, it seems like another major construction goal is accomplished every day. They just put the last piece of turf in on July 29th, and the largest Halo board in the world (cylindrical video board that surrounds the top of the dome) is also complete. You may have heard some of the issues regarding their state-of-the-art retractable roof as it is still a work in progress and they are going to keep it closed for the opening game. Atlanta’s will be the fifth NFL stadium with a retractable roof.

The seating capacity can be expanded to up to 75,000 to play host to a potential future Super Bowl or FIFA World Cup, or up to 83,000 for other events such as the NCAA Final Four. In fact, the first concert, Garth Brooks on October 12 sold out in minutes. 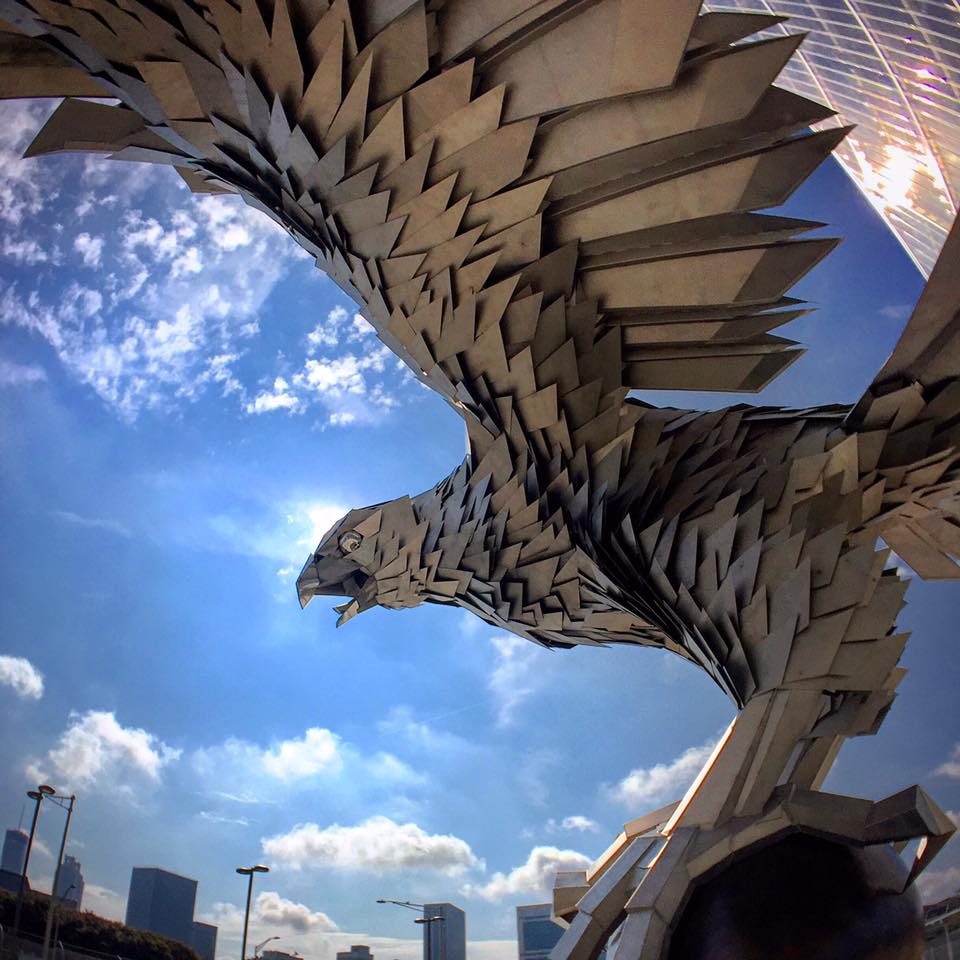 Beyond impressive is the Falcons statue when you first enter. The 41.5-foot tall statue of a falcon, hailed as the largest bird sculpture in the world, has a wingspan of more than 64 feet and weighs 73,000 pounds! The stainless steel statue constructed by Hungarian artist Gabor Miklos Szoke captures “the moment of a touchdown.”

One of the more interesting features for the stadium is their family-friendly pricing on food and drinks including refillable drinks and a diverse selection of restaurants. They will have 13 bars including a beer garden. They are going to have a point of sale for faster service to get you back to your seats and enjoy the game or event. 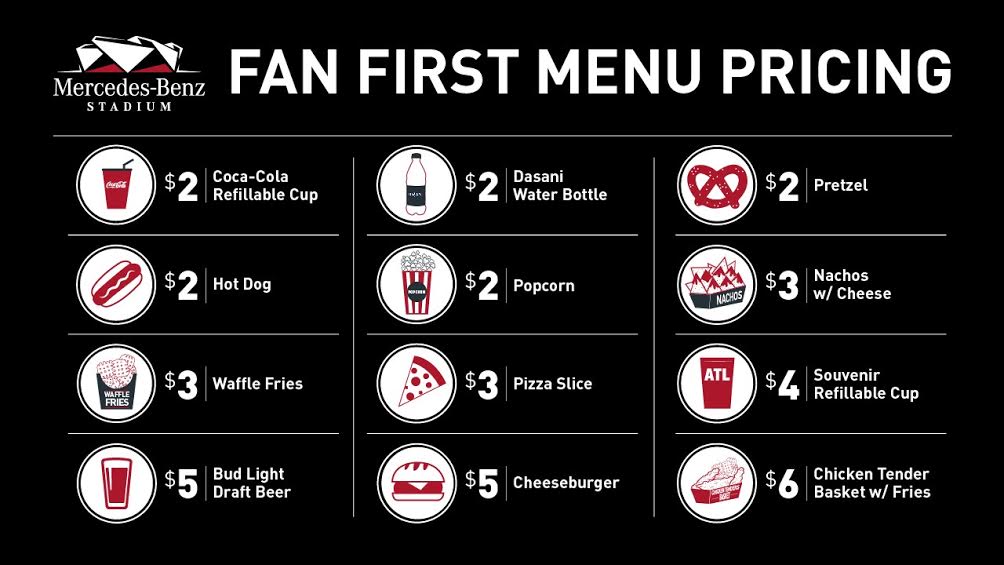 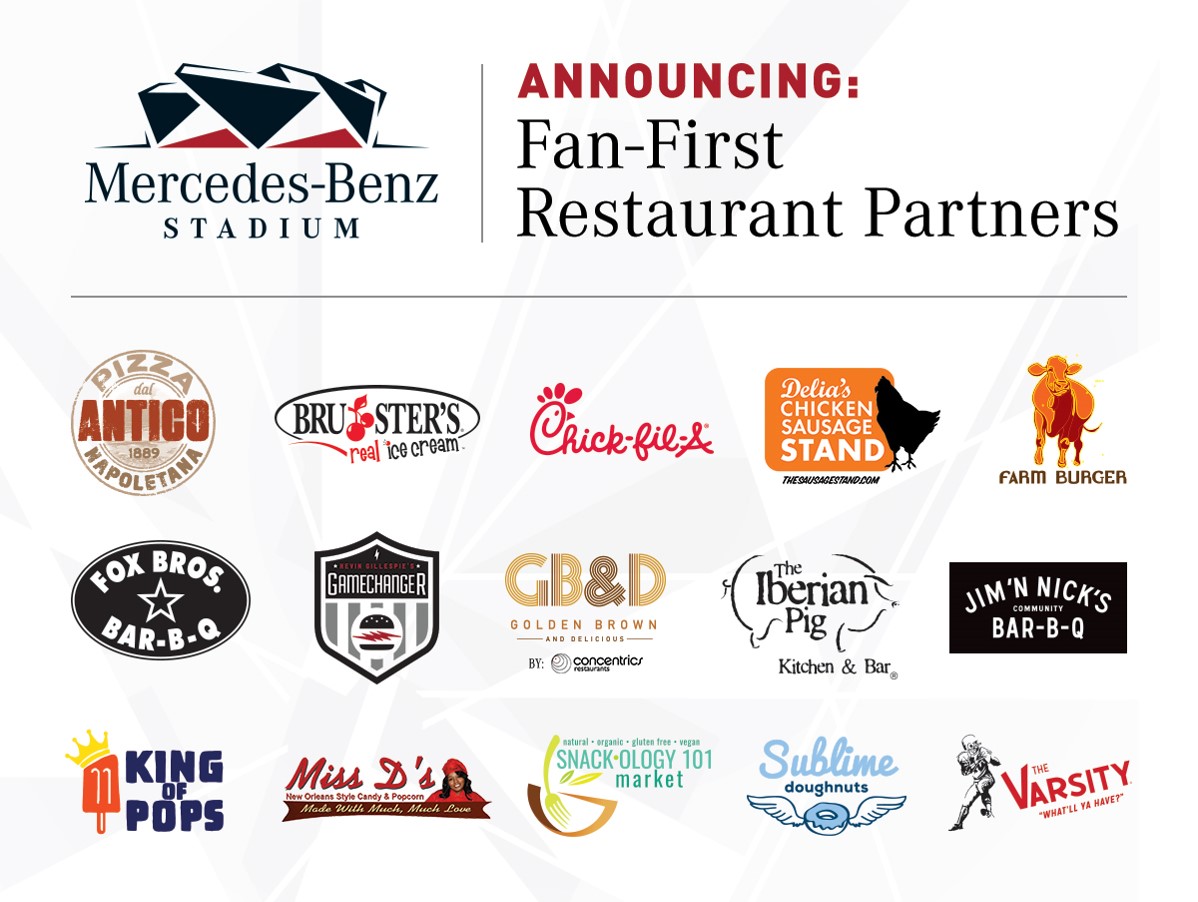 Stay tuned for updates on the Home Depot Backyard; a13-acre area around the new stadium will feature unique arts, entertainment and cultural experiences that will bring together local residents, as well as events honoring veterans and active members of the military. It will go where the original Falcons’ stadium stands for next season as demolition is planned for November.