The Atlanta Business Chronicle reports that the first non-sporting event at the new, 71,000 seat Mercedes Benz stadium will be country music legend Garth Brooks. The show will be October 12 and will also feature country star Trisha Yearwood. 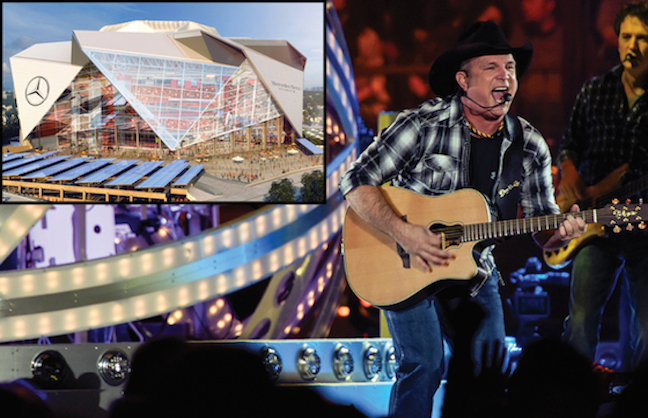 The grand opening for the world class venue is just around the corner with NFL pre-season games in August, the Chick Fil A Kick-Off games Labor Day weekend, and Atlanta United Soccer Club hosting it’s home games starting in September. We were lucky to have a behind the scenes tour of the state of the art facility, and are patiently waiting for a good friend to get us tickets to just about any event. Yes, it’s that cool.