Some very well known restaurants announced they would be closing this month. 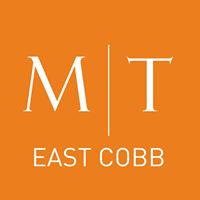 location last week. Last October, they expanded their menu and even added table service to meet their client’s needs, but that wasn’t enough to keep them in business. From their Facebook page:

We gave it our best, but unfortunately this venture simply did not work out.

Ipps, a division of The Ippolito family, combined the best of old tradition with fresh new tastes and atmosphere. Their Alpharetta location at 12850 Highway 9 North has closed, but their Woodstock location remains open.

Mittie’s Cafe closed their 62 N Main location, but you can still order through their Catering and Mittie’s Fix program if you miss  their lobster bisque and popular chicken salad. Mittie’s opened in Historic Downtown Roswell nearly 30 years ago and then in Alpharetta in 2003. Stay tuned to see if they open up somewhere else soon.

Tutto’s Kitchen & Bar in Roswell also closed. They had a message on their website saying thank you for the opportunity to serve you.

Hop Alley Brew Pub in downtown Alpharetta announced they are closing on Facebook, but that a Franklin North Carolina brewing company will be taking over their space.

Hop Alley will be closing down and Currahee Brewing Co will be taking over after a series of renovations. Starting today, we will be down to a limited menu, along with during the week discontinuing lunch service and opening at 4pm daily. We at Hop Alley, want to thank you all for your years of patronage. We truly appreciate each and every one of you who made the past almost 5 years possible! 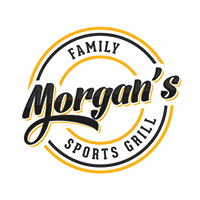 Taco Mac was sold to a team of independent investors and experienced restaurateurs led by Atlanta resident Harold Martin, Jr. The company headquarters will remain in Atlanta, where Taco Mac was founded in 1979. The Taco Mac’s in Woodstock and Marietta converted to a Morgan’s Sport’s Bar and Grill, citing they opted out of renewing their franchise contract before this announcement.

Uncle Maddio’s Pizza on Chastain Road in Kennesaw closed in February after about six years in business, according to Tomorrow’s News Today.

Also, in other ITP news:

Houston’s on East Paces Ferry near Lenox Mall announced they will be closig March 31st.  Tomorrow’s News Today reported. The other locations will remain open.

One Midtown Kitchen closed after 16 years on March 4th, as reported by What Now Atlanta.

In addition, Boneheads has closed its location at The Shoppes of Powers Ferry.