Chronic Tacos is opening at least two new locations in Georgia in the coming months. According to Tomorrow’s News Today, the two confirmed locations are in Alpharetta and Chamblee.

The chain has about 50 units nationwide with the majority in California, its home state. Close by, there are also two franchises in both Alabama and Florida.

In Alpharetta, Chronic Tacos will open in early February and they are accepting catering orders for mid-February. The restaurant is in the location previously occupied by Tom & Chee in Stone Walk, off North Point Drive, near North Point Mall.  The address is 970 North Point Drive Suite 160, Alpharetta, GA. You can follow this store on Facebook for more details. 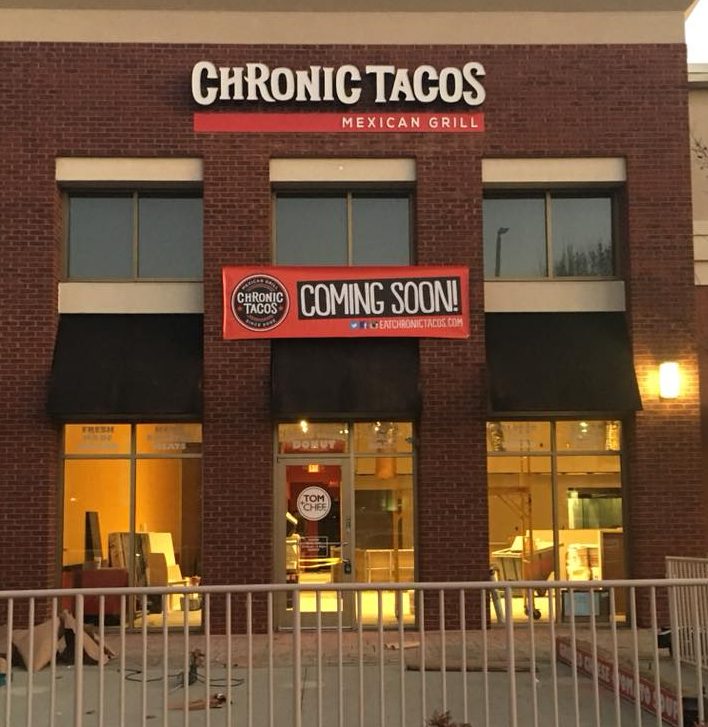 The Chamblee location, which is not yet listed on the Chronic Tacos website, will be located in the new Parkview on Peachtree development.

You can view their menu to see how they compete against your favorite fast & fresh Mexcian restaurants.