SunTrust Park will officially open to Atlanta Braves season ticket holders this spring. The Braves have an exhibition game against the New York Yankees on March 31 and the the first game is scheduled for April 14 vs. the San Diego Padres. Their full schedule is out so you can plan for home games. 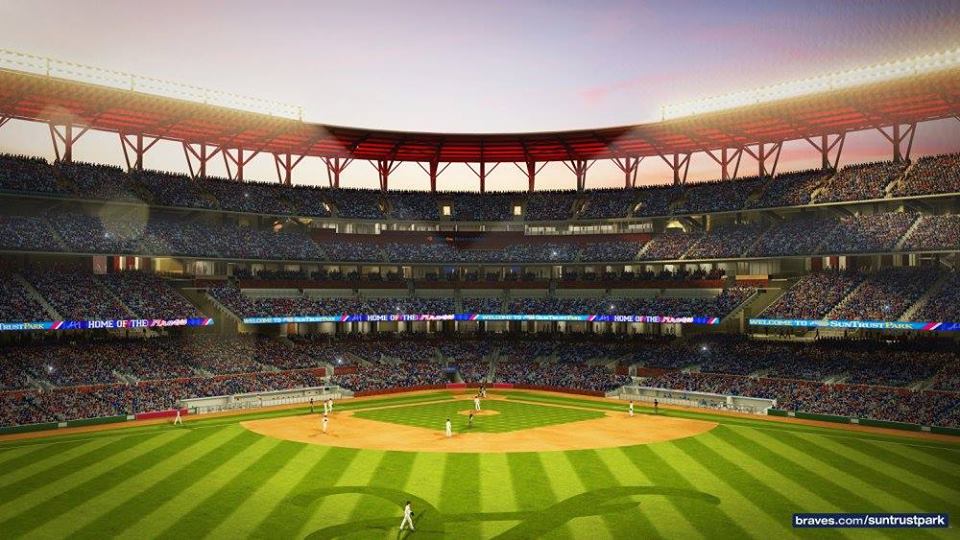 You can still purchase season tickets and single-game tickets for the 2017 season — they go on sale Friday, March 10 here.

There’s no better way to experience the inaugural season at the new home of the Braves and the “cheaper” seats are going fast. With seats starting at just $7 per game and a list of exclusive benefits, an A-List Membership is money well spent. The upper level at SunTrust Park puts you right on top of the action with the innovative cantilevered design. The Home Run Porch includes all outfield seats at SunTrust Park. Keeping you close to the action on the field, the Home Run Porch is also the closest seating section to the SunTrust Park Kids Zone. Buy your tickets here.

Opening weekend will be filled with music, games, ceremonies and fly-overs and Friday night fireworks and kids running bases will continue too.

After watching the construction and everyone worrying about the traffic, we can’t wait to watch them play ball!

For more information on some of the upcoming restaurants, here’s The Scoop.

So you know, the first regular-season baseball game in SunTrust Park will be played by the Georgia Bulldogs. Georgia will face Missouri in the new Braves stadium at 1:30 p.m. Saturday, April 8.