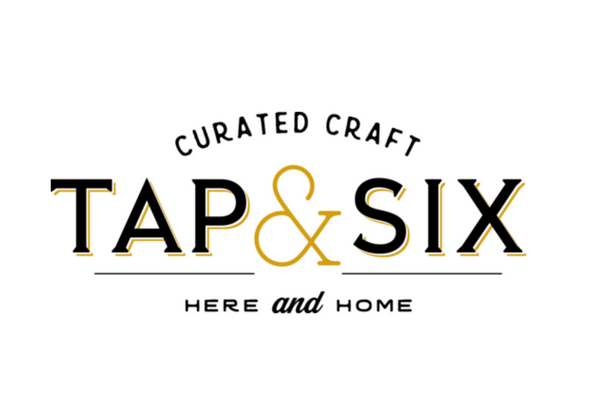 The city of Roswell has been booming with breweries including Gate City Brewing, Abbey of the Holy Goats, From the Earth Brewing Company and the newest, Variant Brewing. Now a new craft beer lounge concept is coming to Roswell called Tap & Six. Thank you to Roswell Inc for the Scoop!

Tap & Six is your local craft beer market. We meet all of your beer needs by serving you from one of our 30 taps… or you can grab/create a six-pack to go. Curated craft… here and home.

For the past year, Roswell Inc has worked diligently to amend Roswell’s business alcohol ordinance in order to bring a new business into the city. The ordinance, which historically has required establishments to sell at least 51% food, now allows craft beer and wine markets to sell certain package wine and craft malt beverages exclusively, with limited consumption on the premises. Roswell Inc said:

We are thrilled to have helped Tap & Six find a home in Roswell. Their craft beer lounge concept will be a great addition to the food and beverage scene in our city, and we can’t wait to celebrate their grand opening.

Approved by city council this past June, the ordinance change paved the way for the first business of its kind in Roswell – Tap & Six, a craft beer lounge concept introduced by Roswell resident David Craig and his eldest son Ethan.

What makes us different from a brewery is that we curate the best craft beers from hundreds of local, regional and international breweries and put them in the same spot to enjoy at Tap & Six and at home, Craig said.

Tap & Six allows you to try, buy and create a six-pack of craft beer or growler to take home, or stay and enjoy one of the 200 on-site beers in addition to small plates, wine and craft sodas.

It’s a unique concept, and there is nothing else like it in this area. It’s a place to bring your laptop and work during the day, stop in with the kids and other parents after sporting events, or head to for a night out, Craig said.

Tap & Six is set to open in December of 2017 and will be located off Oak Street in the same area as the soon-to-be-open Whiskey Project.