Gwinnett County joins the live-work-play phenomenon with the announcement of Revel, which is self-described as a “sparkling” destination that will enhance the Infinite Energy Center where great food and great entertainment intertwine to turn up the volume on the before-and-after experience.

The new 118 acre mixed use development will surround the Infinite Energy Center. Revel is being developed by North American Properties, who have had mega success with Alpharetta’s Avalon, and are rebooting Atlantic Station. 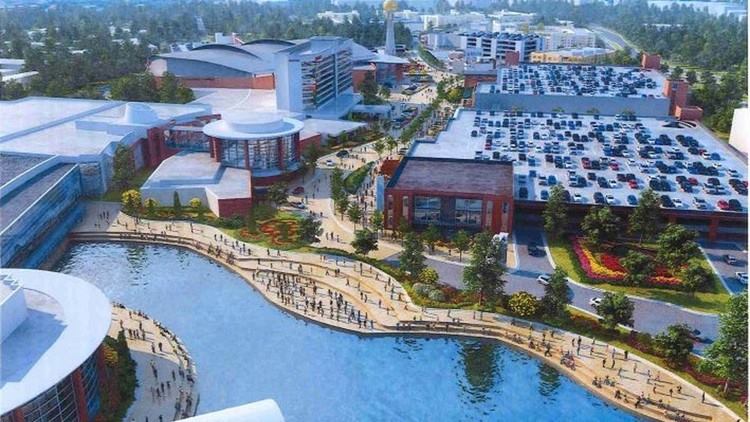 Revel will include retail, restaurants and office space, as well as “luxury residences,” a hotel and a movie theater. It will all be built on county-owned property that surrounds the Infinite Energy Arena, the popular 13,000-seat venue just off Sugarloaf Parkway and I-85 near Duluth. The goal is to have Infinite Energy patrons come before shows to Revel, and stay afterward.

The five guiding principles for Revel are: festive, welcoming, diverse, vibrant and hub of activity.

Few specifics have been offered about the project’s site plan or its possible tenants. But North American Properties encouraged the public to attend a breakfast meeting later this month during which it will release the site plan and hold a panel discussion.

The February 27 event is sponsored by Partnership Gwinnett and tickets must be purchased. More information here.

Follow us on social media for more Scoop about your neighborhood.