My favorite entertainment website of all-time, Nextdoor, has a thread entitled, “Another restaurant bites the dust.” The bemoaning inventory was flooded with wretched chains and bottom-rung independent restaurants. The substandard failures simply cannot compete with the unremitting launching of blue-ribbon mom and pop restaurants. For every good riddance slop shop shuttering, several praiseworthy ones rise from the Phoenix. Mediocrity’s losses continue to be superiority’s gains.

A clear-cut trend has manifested in recent months as at least three of the supreme newcomers have female chef/owners at the helm. On second thought, forget about the “new” part. These are three of the region’s paramount restaurants, period. Presenting the newest queens of the hill (so far?):

A Napa Valley transplant, Soraya resettled to my neck of the woods as the opening chef for the second location of Rumi’s Kitchen at nearby Avalon in Alpharetta. 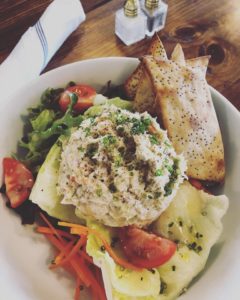 Highly acclaimed chef Richard Reddington was among her influences at touted Redd, a restaurant designated by Eater as a “wine country dining icon,”comparing it favorably to internationally esteemed the French Laundry.

Frances in San Francisco was where star chef Melissa Perello taught Khoury to have a gentle touch with ingredients. Clearly, the Johns Creek chef was an exemplary student, now a prodigy herself.

Hen Mother Cookhouse is a breakfast and lunch gem on Jones Bridge Road. Soraya’s husband Jesus Loyola is also a chef at Hen Mother’s ship. Her sister Sarah rounds out the trio and runs the front of the house.

I’ve sampled a considerable chunk of both the breakfast and lunch menus. It’s all been meritable.

The concept is fairly similar to Hen Mother. Willis is the owner and Executive Pastry Chef. She also designed both the menu and the interior of the restaurant. 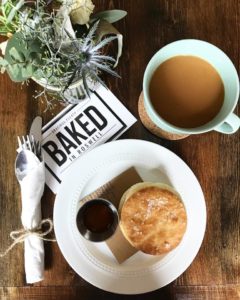 Jasmin is nearly as busy as she is talented, supplying fellow highly-touted newcomer Restaurant Holmes with their plated desserts and nearby Canton Street’s relocated Vintage Custard with “sweet goodies.”

Hence, Conner Slewitzke now heads up the kitchen. However, if there is a true signature item, it’s Jasmin’s biscuits. Well okay, the “hash brown bowls” exiting the kitchen are pretty impactful too. Customers choose their own protein, cheese, and other toppings. Please, no WaHo jokes. Jasmin’s jewel is too impeccable to scatter and smother jests.

When asked about who impacted her career, the rising star did not waver, paying homage to master pastry chef Chrysta Poulos from chef Ford Fry’s empire. Her four years under Chrysta’s wings at St. Cecilia, Marcel, King + Duke and Beetlecat had Willis state emphatically it is, “100 percent because of her, who I am today.” What Willis is today is the proprietor of a breakfast and lunch Shangri-La.

Her employees all know her as “Chef Lisa.” I don’t want to try to pronounce her birth name but pronounce I’d love to try just about everything on the menu. Her chef skills are paralleled by her artistry. Each course is not only scrupulously prepared but also punctiliously presented. 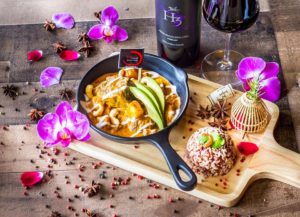 The Thailand native trained at Tamarind Seed and Nahm among other acclaimed restaurants in the area. Do not discuss best Thai restaurants in Greater Atlanta without including this extraordinary contender.

We also have a top prospect for next year’s crop:

The queen developed a cult-following at farmers markets with her all-natural shortcrust pastries. Candice took a few years sabbatical thanks to motherhood. Loyal fans will be giddy to know she returns with a vengeance, hopefully eventually with a small breakfast and lunch restaurant. 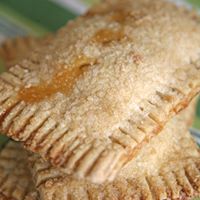 To paraphrase underrated 80s rocker Donnie Iris, her savory items taste better than a pastry has a right to. I’m certain herdevotees cannot wait to see what the red-head’s (thus the brand name) expanded portfolio brings.

At the end of the day, the dining snob scribing this prose simply longs for big league food. The demographic profile of the chef effects my cravings not in the least.

Still, one of my infinite highlights of parenthood was watching my daughter flourishingly battle against the stinky boys in baseball. In her eight years of kid’s pitch, she was often the only girl in the league. Other instances there was one or two other girls max.

Accordingly, the restaurant playing field is disproportionately male head chefs. It is encouraging to see a growing number of gifted women stepping up to the plate—literally and figuratively—in the profession that brings me so most gratification.

Let there be no doubt that the preceding ladies are hitting a lot of home runs.

The author Joe Duffy eats, eats some more, then handicaps winning sports picks at OffshoreInsiders.com. But speaking of female owned businesses, for the holiday season check out his wife’s DuffyGifts.com the place to go for shopping for all occasions from MyThirtyOne Gifts.