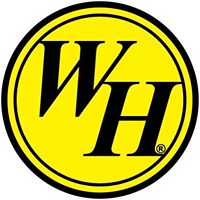 A quiet Wednesday morning afforded me the opportunity to meet two caring, smart and generous men. At ages 98 and 97, I realized I was sitting down with history – the founders of Waffle House. This American restaurant institution had agreed to spend a bit of time with me talking about… whatever! I sat down with Joe Rogers, Sr. and Tom Forkner for a fun and candid conversation. Along with many others, I was saddened when I heard the news of the passing of Joe Rogers, Sr. the Saturday after we spoke. I became more aware of the precious commodity that is time.

When Rogers bought a home from Forkner in the mid-1950s, no one would have guessed these two progressive men would give us Waffle House, an American icon. With its own terminology and unique concept, Waffle House is one of the most recognized 24-hour restaurants. The “Yellow Sign” soon became a familiar landmark along city streets and interstate highways across the Southeast.

“We are not in the food business; we’re in the people business,” Rogers stated when I asked him about Waffle House. He explained to me how one can sell a bun and make it seem like a hamburger if the customer is treated respectfully and courtesy. The men were more than just business partners – they were friends. Our conversation touched on various topics, but what was clear was their respect for each other. Through anecdotes, they shared a bit of themselves. The love and passion they have for their customers and employees, franchise owners and all who they did business with was clear. It was a gentle reminder of the importance of relationships and providing exceptional service to all. 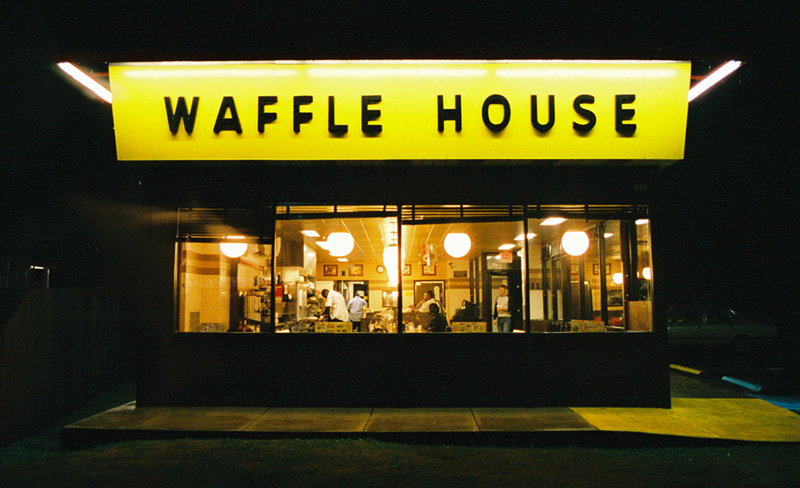 The jukebox at each Waffle House plays a variety of the now famous songs and associates give customers a heartfelt greeting as they walk through the door. Each restaurant is open 24 hours a day, 365 days of the year, inspiring urban myths such as “Waffle House doors have no locks.”

“I remember early on receiving a phone call from a friend of mine who was at our first Waffle House. It was late in the evening. He called to let me know that I best go on over to the restaurant as the cook and the waitress had left and he was the only one there. It became clear to me, very fast, that situations like this could happen anytime, but in a 24-hour restaurant it meant I needed to find someone to get there and work or I’d have to,” Forkner recalled with a relaxed smile on his face.

“Most of the folks that first visited us at our first Waffle House are dead now,” a reflective Forkner stated.

I asked the two men what they would tell folks that were starting a new business or perhaps needed some guidance from the likes of them.

He continued, “I can only talk about my business, and that’s all I know.” In true Rogers fashion, his big smile followed his comment. “After all, who better to know your business than you?”

The men continued to reminisce and chat about their beloved Waffle House, their families and friends, and life in general. Under the guiding philosophy of “better before bigger,” Waffle House restaurants continued to grow in both new and existing markets.

As for their time together, as business partners and friends, the two clearly stated two key aspects that we can all learn from: disagree but not be disagreeable.

“Friendship always came ahead of business for us,” Rogers added.

And with over 60 years of friendship, they know a few things about this topic.

As for Rogers and Forkner, the value of their friendship guided their work; their respect for each other is exemplary. Waffle House will, undoubtedly, remain one of America’s landmarks and, to our benefit, continue to reflect the values that its founding partners set forth. The duo likely did not envision what Waffle House has become, but they stuck by their concept and their belief in shared ownership. And for that we are grateful.

I suddenly have the urge to go and get a waffle, with a side of hashbrowns— scattered, smothered and covered.

Julie Brennan is the editor of My Forsyth Magazine and is a Scoop OTP contributor.