A new Disney series is being filmed around Atlanta.  “Noelle,” a fantasy comedy with Anna Kendrick and Bill Hader, is expected to debut on Disney’s new streaming service according to Variety Magazine.

The story revolves Santa’s daughter who is forced to take over the family business when her father decides to retire and brother ends up getting cold feet prior to his first big Christmas Eve flight.

The movie has been seen filming at Atlantic Station and they are currently setting up at The Outlets Shoppes at Atlanta in Woodstock. Shop owners confirmed it was a Disney film, but they didn’t know details.

Set designers are decorating the outlets for the Christmas holidays with store window designs and traditional holiday decor. There is even a sign up saying “Pardon Our Appearance While We Refurbish For A Temporary Event.” 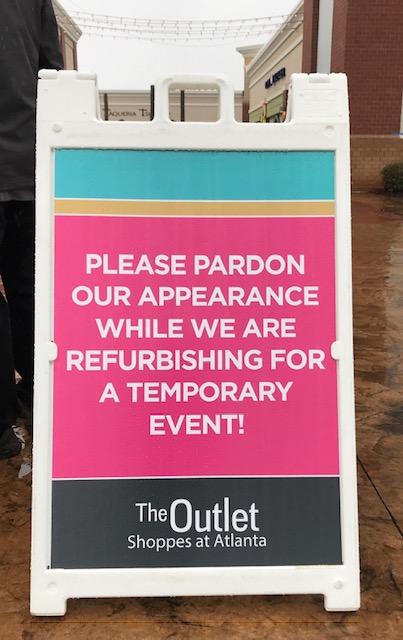 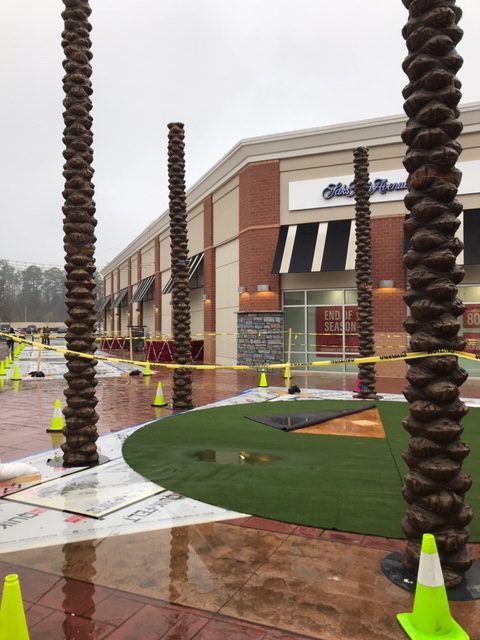 We will keep checking Casting TaylorMade to see if they have another casting call for the shoot. The comments on the Casting page for the movie “Waterfall” suggest filming will be January 21-26th, we will keep a look out for the standard yellow filming signs and update.