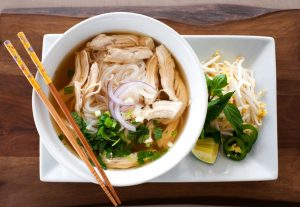 For those of us who live near Sixes Road and 575, there hasn’t been this much anticipation for a restaurant to open since its neighbor, Starbucks, opened in 2012. Perhaps that’s because it is something different for this area, and those who know and love pho can’t wait to try it — and for those who haven’t had a pho experience, just want to see what the fuss is about!

Here’s a sneak peak of their menu too; but as with any new restaurant opening – they may have limited offerings in the beginning. They have recently added a website and Facebook page too.

Pho is a Vietnamese noodle soup consisting of broth, rice noodles called bánh phở, a few herbs, and meat, primarily made with either beef or chicken. If you haven’t seen this Kevin James Video of him trying pho, it’s pretty funny.

This 4,000 square foot space has been vacant the entire time, and finally Canton Pho began construction in July. Wait no more — this Tuesday, January 31, is opening day and they will be open 7 days a week from 11am to 9pm.

We have been talking with the owner Han, and he is so excited to bring Pho to this area. He invited us to a friends and family event on Sunday night — we’ll let you know how our first Pho experience goes! 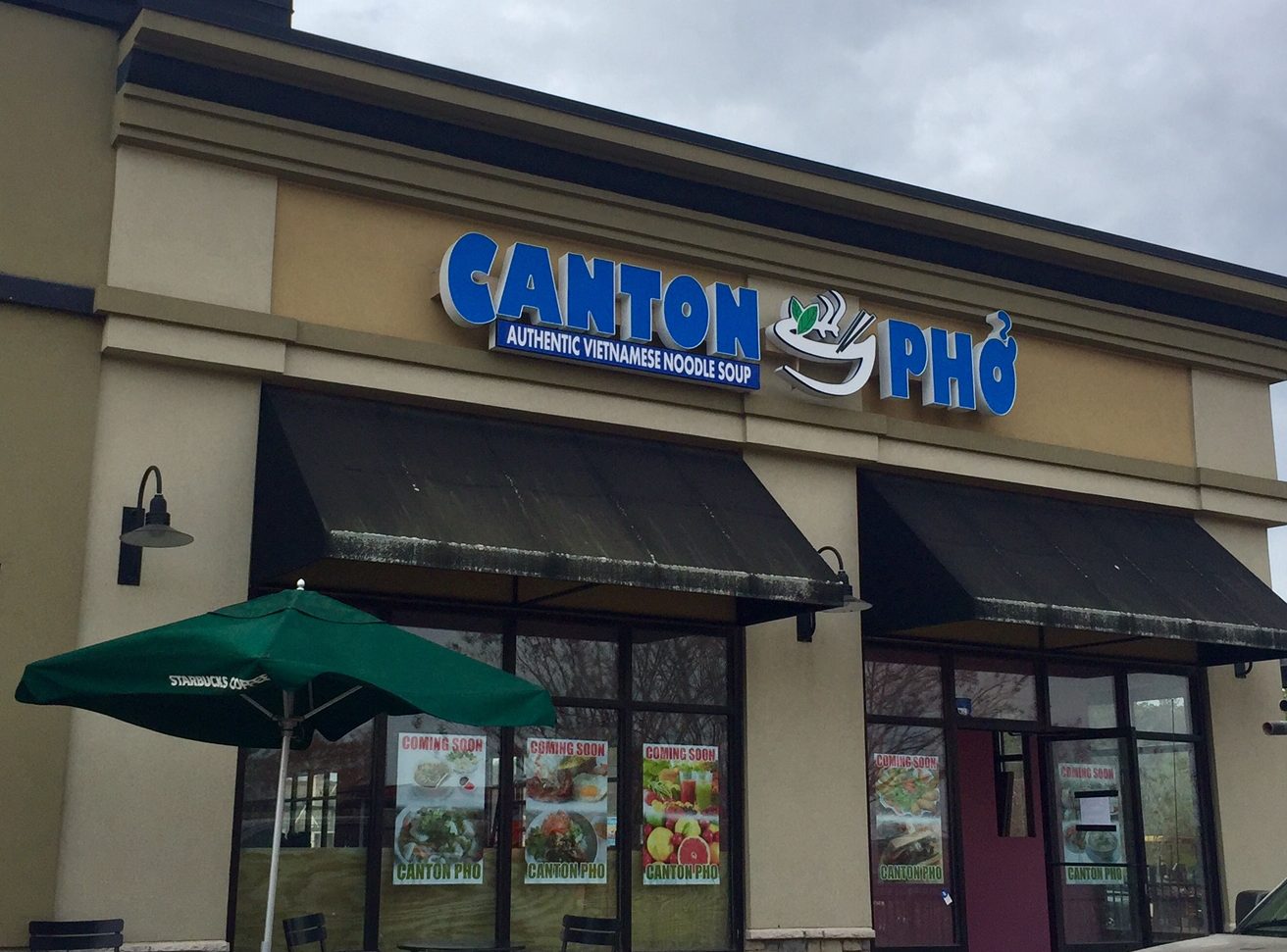 For more Scoop on new restaurants and retail coming to town, follow The Dirt and our Facebook for the most up-to-date Scoop!