If you binged watched Season One of the Netflix series “Ozark” last summer, there is a great chance you might need a refresher before Season Two drops next week on August 31st. Or, in my case, an overview of just exactly all of those dark and disturbing scenes really meant. If you missed the trailer for season two, check it out!

Vulture.com has an in depth recap of Season One that we are sharing below(we do not own the rights to this information). Be sure to follow us on Facebook for a live video next week from the Blue Cat Lodge. 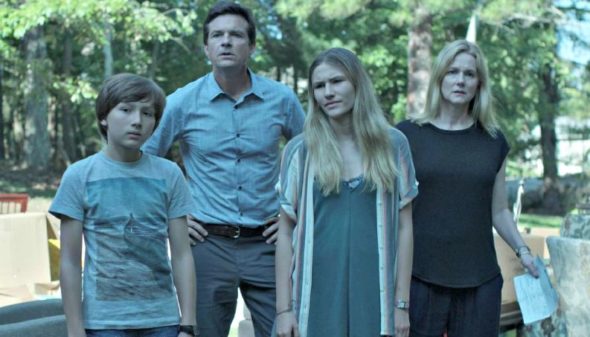 The Byrde family is on the run

Much like Breaking Bad, a clear inspiration for this show, Ozark features an average guy who is digging himself out of a tragedy that happens in the series premiere. In that episode, directed by Bateman himself, we met Marty Byrde, a relatively nondescript Chicago financial adviser whose best client happens to be the Mexican drug cartel. Marty’s dumb partner made some very bad decisions regarding the cartel’s money, so in the show’s first surprise of many, he wound up with a bullet in his head. It looked like Marty would get one to match, but with his life on the line, he did what he does so well — talked himself out of one problem and into another. He convinced the cartel that he could take the entire operation down to the Lake of the Ozarks, way below the radar of the Feds and where there’s plenty of opportunity to launder their cash. He promised to “clean” $8 million quickly, with the promise of millions more over the next few years. It was a good enough pitch to save Marty’s life, but it’s really just the start of his troubles. 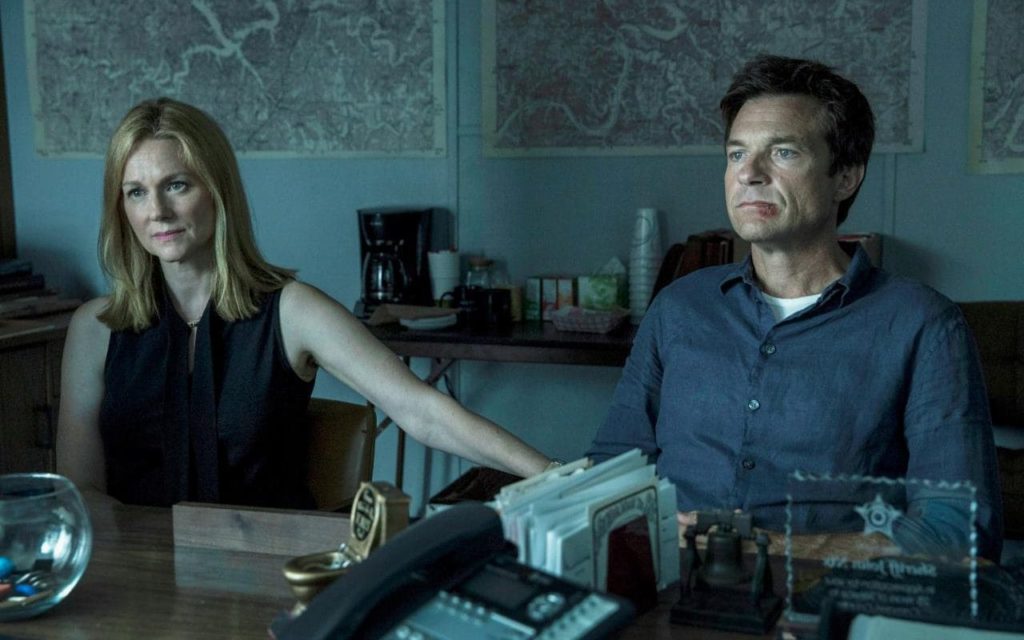 Just before he’s forced to relocate to the Ozarks, Marty learned via a private detective that his wife, Wendy (Laura Linney), was cheating on him. Any temptation to leave Wendy is overwhelmed by the fact that the Mexican drug cartel may very well assassinate his entire family, but it’s important to remember that the Byrdes’ marriage was on the rocks before the threat of murder forced them to stick together. The Byrdes also have two kids, daughter Charlotte (Sofia Hublitz) and son Jonah (Skylar Gaertner). Understandably, neither are too happy about uprooting their lives in Chicago to live in the middle of nowhere.

Marty made frenemies in the Ozarks …

Digging into the criminal underworld in the Ozarks isn’t quite as easy as Marty made it out to be, but he does find a resort and strip club through which to launder the cartel’s cash. The former is run by Rachel Garrison (Jordana Spiro) and the latter by Ruth Langmore (a series-stealing Julia Garner), who’s part of a local, small-time crime family and clearly has the brains to run their whole operation one day. Rachel is more scared of Marty’s criminal life than anything else (though that doesn’t stop her from taking off with some of the cartel’s money), while Ruth is ready to go toe-to-toe with him, even killing her own kin to protect Marty from the Feds. (More on that below.) But here’s an especially important detail to keep in mind: Ruth’s father, Cade (Trevor Long), is the real head of the Langmore crime family, and he could be getting out of prison this season. He’s not a fan of Marty Byrde at all. Will Ruth get caught in the middle between them?

… But he also messed with innocent people

Marty totally ruined the life of a local preacher named Mason (Michael Mosley), who could end up blaming him for the death of his pregnant wife, Grace (Bethany Anne Lind). Poor Grace was killed by Jacob (Peter Mullan) and Darlene Snell (Lisa Emery), a pair of notorious heroin dealers whom Mason confronted because they were running drugs through his parishioners. The Snells responded by murdering his wife and making him a single father, and he’s left a broken man at season’s end. But if you thought Mason’s arc was over, think again: Chris Mundy, the show’s head writer, toldThrillist, “He’s definitely going to show back up. He hates Marty. The minute Marty came into his life, everything fell apart.”

The FBI are trying (and failing) to catch Marty

The Feds were on to Marty from the start, and the Byrde family is followed throughout season one by an agent named Roy Petty (Jason Butler Harner), who uses some of the locals to eke out information and leverage against them. However, Petty finds himself in a relatively useless place at the end of the season, stuck on the outside of the nefarious dealings going down around him. His biggest influence so far is an indirect one: After strong-arming Ruth’s uncle Russ (Marc Menchaca) into cooperating with the FBI, Ruth and Marty hatch a plot to murder him before he can make a run for it. What role Petty will play in season two is unclear, but he didn’t get much done in season one, other than getting Russ and his brother killed.

Marty’s last, best plan blew up in his face

In the season-one finale, Marty looked like he might lose his family after a drug-cartel underling turned up dead, so he sent Wendy and the kids on the run. They reunited, but the heat is about to get turned up even more: Marty learned that the Snells, who manage the drug trade in the Ozarks, are just as vicious as the Mexicans — if not more so. At first, Marty mostly just wants to keep the Snells happy, but then he tries to merge his two worlds in the season finale, convincing the Mexicans, represented by Del (Esai Morales), to funnel their money laundering through the Snells’ heroin operation. It seems like Marty may finally be out of the laundering game as the two most violent people in his life shake hands, but then Del makes the mistake of calling Darlene Snell a “redneck,” an insult which he pays for with his life. How Del’s cartel bosses will respond when he doesn’t come home is the show’s biggest, most pivotal cliff-hanger for season two.

Thank you to Vulture for this quick recap, as I needed a refresher! Looking forward to binge watching next weekend and see if we can spot some local spots and Georgia cities where they filmed. Also, don’t miss out on the re-release of our Blue Cat Lodge apparel next week too. Follow us on social media for the latest updates.