North American Properties (NAP) has gained unanimous approval from the Cobb County Board of Commissioners for its redevelopment plan of the Avenue East Cobb, an open-air shopping center located in the northeast Atlanta suburb of Marietta.

Plans call for a portion of the central building near Kale Me Crazy to be demolished to make way for an 8,000-square-foot area called The Plaza that will be surrounded by restaurants with patios. The Plaza will feature a covered, raised stage for performances; an LED screen for broadcasting live events; and a deck with soft, flexible seating. Connected to The Plaza will be a 500-square-foot concierge building with optional valet that will be offered seasonally and during large-scale events. 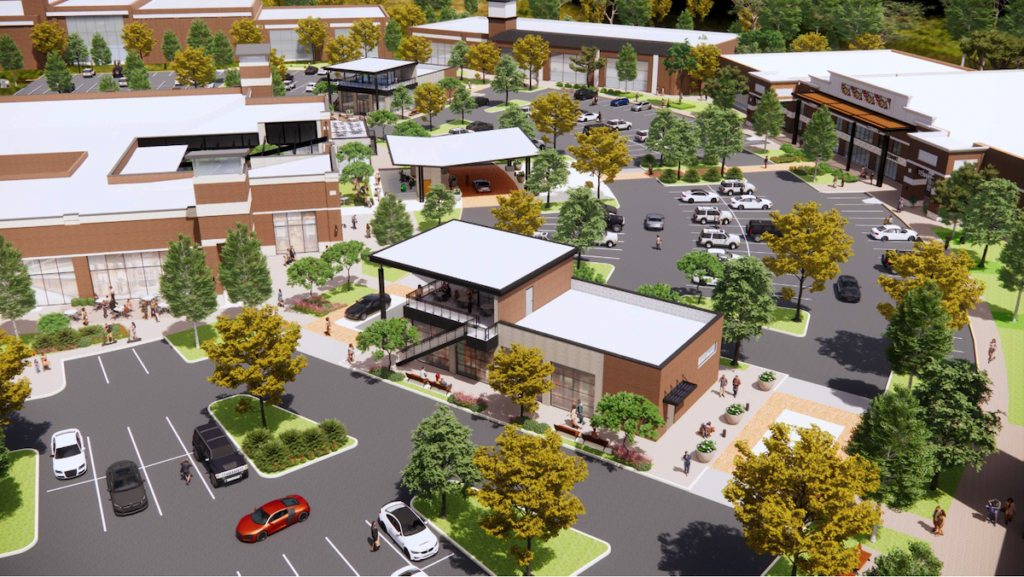 The Cincinnati-based developer will begin the permitting process immediately with plans to host a public groundbreaking celebration later this fall. NAP is partnering with PGIM Real Estate for the redevelopment of Avenue East Cobb, which Atlanta-based Cousins Properties opened in 1999.

For more information we refer to you the What’s Now Atlanta article.
East Cobb