Not the news I wanted to start 2020 off with, but after 18 years at the Kennesaw location, Ippolito’s is closed at the Town Center Plaza after their lease wasn’t renewed. Per their Facebook page last week: 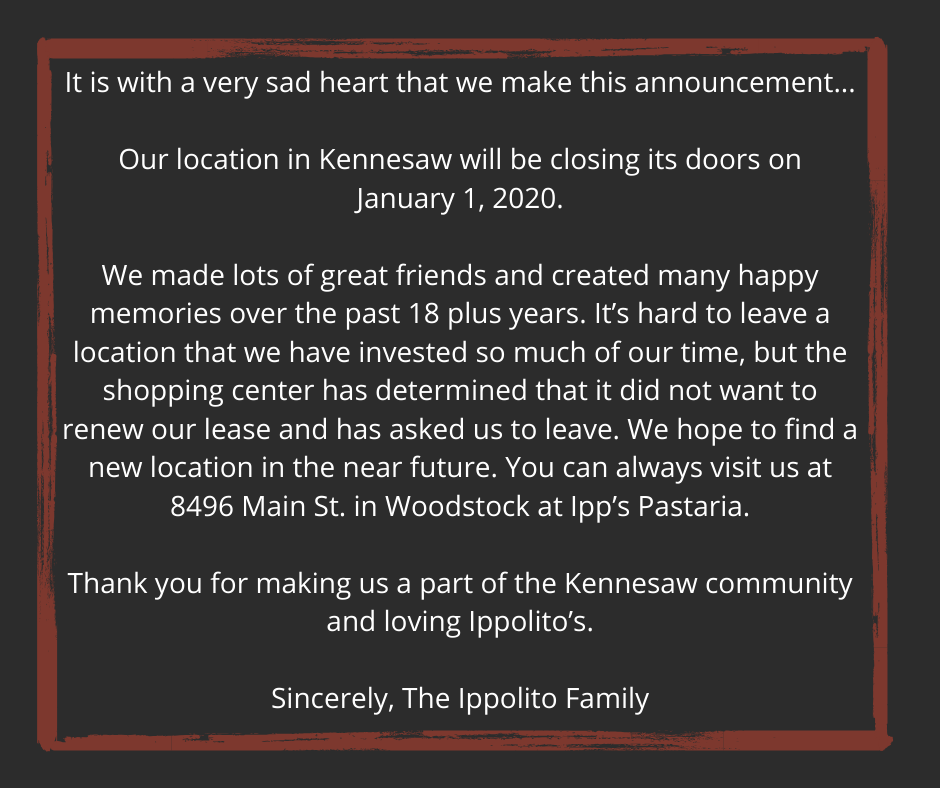 Toni and George Ippolito opened the first Ippolito’s in 1989 in Roswell, and later added several other locations around metro Atlanta.
Following the Kennesaw closure, there will be four Ippolito’s still in operation in metro Atlanta: Alpharetta, Roswell, Sandy Springs and Suwanee. Additionally, the family operates a pair of Ipp’s Pastaria & Bar locations in the recently opened Roswell and the popular Woodstock location.

Thank you to Tomorrow’s News Today for the tip.