If you are a local to Hickory Flat area, you know that Frosty Frog Creamery has more than just ice-cream. They were also known for their chicken salad and cheese spread. Owners Glenda and Frank Cole opened the store 20 years ago and have recently sold it to experienced restauranteurs Chris Taylor and Dan Vickery. For now, it is the same, but it will be changing. 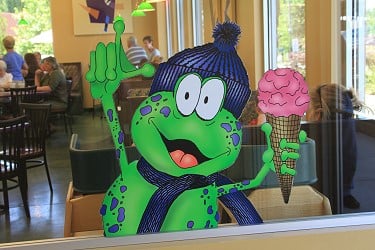 Near the beginning of next year, the owners expect to close the restaurant for renovations and reopen as Hickory Flat Kitchen.  At this time, we couldn’t find any social media sites or website for the new restaurant.

Hickory Flat Kitchen will be a classic American restaurant with everything made from scratch, Taylor said.

“Whether our guests are craving a juicy aged to perfection filet or or the most extensive selection of bourbons in the area, we will have something for every taste and at a price point that doesn’t break the bank.” the partners said in a statement.

“It’s going to be a little more upscale than casual dining, but affordable,” Taylor said of the new restaurant. “Everything’s going to be made from scratch, we make our own sauces, dressing. Meat and chicken will be delivered fresh, not frozen.”