In case you missed it, a Chick-fil-A has been approved and a Dunkin Donuts is proposed at the intersection of Hickory Flat and Georgia Highway 140. The location was previously home to a 1950’s store and gas station. Over the years it has been other businesses, but as of late it was neglected property. There was some controversy and strong emotions about tearing the historic building down, but in the end, the development was approved.  You can read more about the history of the building on the Patch.

CFA is expected to start construction in the next 2-3 months and I would expect them to open late this year or early 2019. CFA has completed all their plans. DD is still in the planning stage, but I feel reasonably confident Dunkin will move forward.

There are two more parcels (that can also be sub-divided) available on the land as you can see from the leasing flier; so follow us for those business announcements. 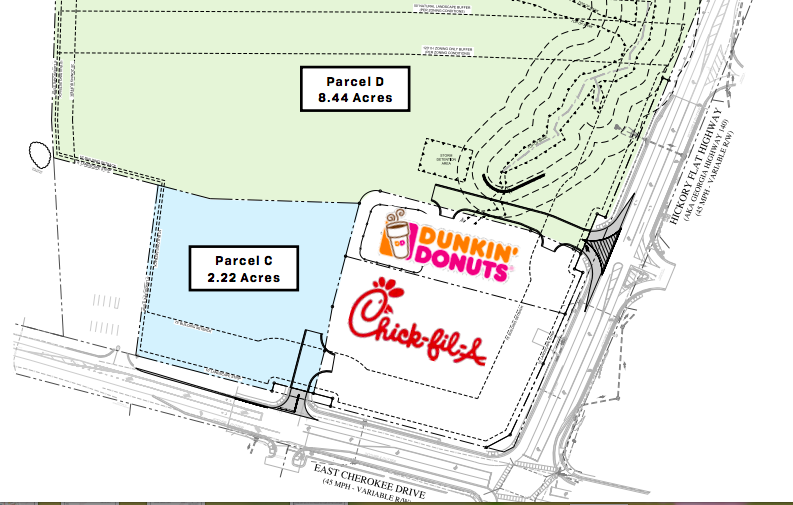 We know that Chick-fil-A will be a great community partner, so hopefully that will help soften the blow to those opposed to the development on this historic corner.