Two-time GRAMMY-nominated blues-rock sensation Joe Bonamassa returns to the Fox Theatre for 2 unforgettable performances on February 28 & 29! We have two tickets to giveaway for the Friday night 8PM show on February 28th.

Joe Bonamassa is an American blues rock guitarist, singer and songwriter. When he was 12 years old, Bonamassa opened for B.B. King. In the last 13 years Bonamassa has put out 15 solo albums through his independent record label J&R Adventures, of which 11 have reached number 1 on the Billboard Blues charts. 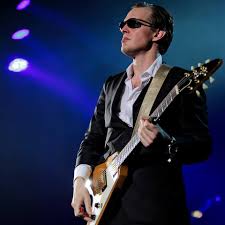