40 tickets for $10 each at every performance

Producer Jeffery Seller and Fifth Third Bank Broadway In Atlanta announce a digital lottery for HAMILTON tickets will begin in conjunction with the show’s first performance (Aug. 22) in Atlanta at the Fox Theatre as a special to the Fifth Third Bank Broadway in Atlanta 40th anniversary season. A limited number of tickets will be available for every performance for $10 each. The lottery will first open at 10 a.m. Friday, Aug. 13 and will close at 12 p.m. on Thursday, Aug. 19 for tickets to performances Aug. 22 – 29 (HAMILTON performances begin on a Sunday). Subsequent digital lotteries will begin on each Friday and close the following Thursday for the upcoming week’s performances. 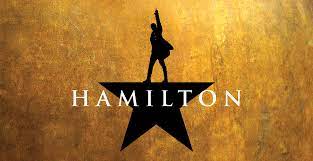 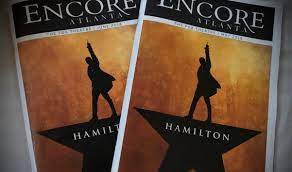 ADDITIONAL RULES
Patrons must be 18 years or older and have a valid, non-expired photo ID that matches the name used to enter. Tickets are non-transferable. Ticket limits and prices displayed are at the sole discretion of the show and are subject to change without notice.

Lottery prices are not valid on prior purchases. Lottery ticket offer cannot be combined with any other offers or promotions. All sales final – no refunds or exchanges.  Lottery may be revoked or modified at any time without notice. A purchase will not improve the chances of winning.

Tickets for HAMILTON are currently on sale.  Patrons are advised to check the official HAMILTON channels and foxtheatre.org/Hamilton for late release seats which may become available at short notice.

HAMILTON is the story of America then, told by America now.  Featuring​ a score that blends hip-hop, jazz, R&B and Broadway, HAMILTON has taken the story of American founding father Alexander Hamilton and created a revolutionary moment in theatre—a musical that has had a profound impact on culture, politics, and education.

With book, music, and lyrics by Lin-Manuel Miranda, direction by Thomas Kail, choreography by Andy Blankenbuehler, and musical supervision and orchestrations by Alex Lacamoire, HAMILTON is based on Ron Chernow’s acclaimed biography. It has won Tony​®​, Grammy​®​, and Olivier Awards, the Pulitzer Prize for Drama, and an unprecedented special citation from the Kennedy Center Honors.

The HAMILTON creative team previously collaborated on the Tony Award ® Winning Best Musical IN THE HEIGHTS.

The musical is produced by Jeffrey Seller, Sander Jacobs, Jill Furman and The Public Theater.

This Scoop brought to you by Subacz Real Estate Team. What is your home worth?