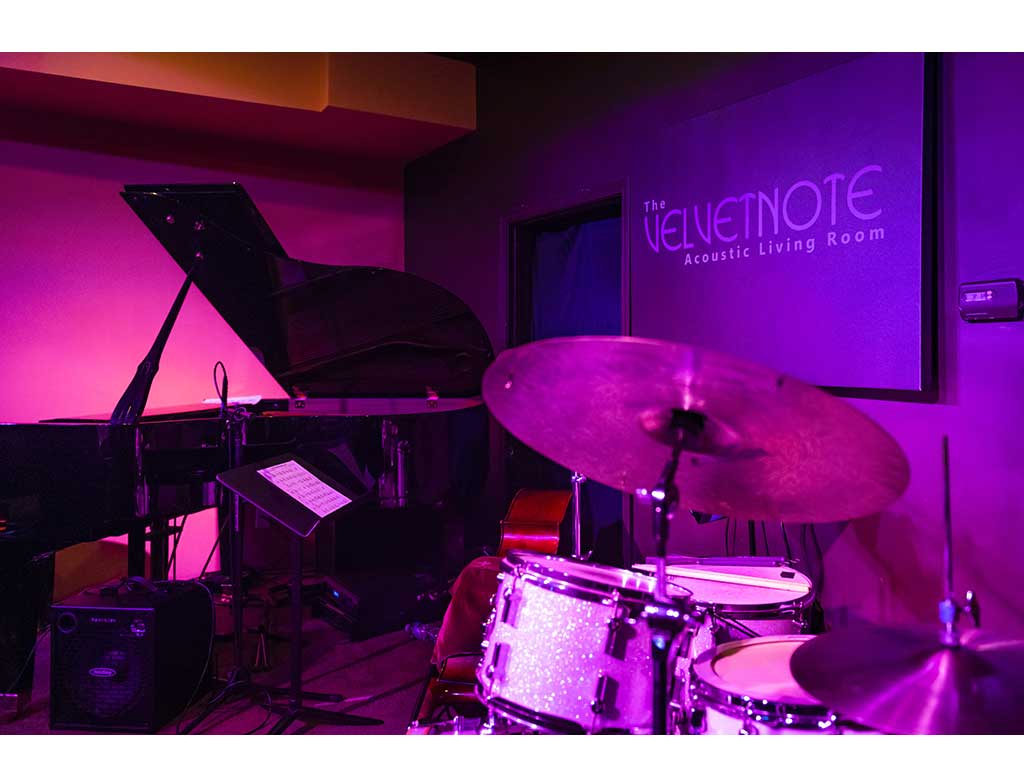 New York native Bob Baldwin has recorded on six of the seven inhabitable continents, and while Antarctica is not on his recording bucket list, his international list, including Dubai, Brazil, South Africa, Spain, UK, Canada, is quite impressive. “Whether it’s a massive festival crowd of 30,000 or an intimate restaurant audience of 60, I refuse to rob my audience of great music and a good experience”, says Baldwin. The pianist’s personal goal is to release a 12-song project per year, and since 1988, he has released over 34 projects, of which 27 are owned by his company, City Sketches Records.
Bob’s upcoming disc, “The Stay at Home Series” is an industry adjustment. Recorded in 2020-2021, this is a closed live recording in the studio with some of his New York musical compadres. With Cafe Da Silva and Chembo Corniel on percussion, and his longtime music friends Tony Lewis and Dave Anderson on drums and bass, the new project will spit out a Volume 2 in the near future.
“Being a musician, we obviously had to make adjustments to the way we all do music,” says the Native New Yorker. “Concerts were eliminated in 2020, but fortunately, owning your own music makes you halfway covid-proof.”
His current 2021 release “The UrbanSmooth Suite” was a vocal extravaganza with various vocalists Monica Mason, Regina Troupe, Toni Redd and others as well as Earth, Wind and Fire original Ralph Johnson on the uptempo “Dance 3000” are all highlights.
His 2020 piece, “Henna” explored a more natural sound with the aforementioned Da’ Silva, Anderson and Lewis, but his 12-solo piece with Nils, Beasley, Alford, Whiteside and company on “Club Life” was the record highlight.
His ‘theme’ projects of Stevie Wonder, Thom Bell and Michael Jackson have all charted mightily on the Billboard Jazz charts, all hitting in the top 15. His very latest, Abbey Road and the Beatles has also crept into the top 20 on the charts as well.
Previous releases of Never Can Say Goodbye and Never out of Season, were both remixed and remastered in the spirit of hi-def. Whereas older recordings would peak at the average 16-bit maximum, Bob is trying to push the envelope in re-tracking some of the music in 24-bit (and sometimes 32-bit mode).What’s next? Well…funny you should ask. Bob Baldwin is re-writing and updating his book, “You Better Ask Somebody”, and will go in a little deeper on subjects like music streaming and the lowdown on Croton Jazz.
The Brazilian-American Soundtrack (2016) was his 22nd disc, and is a fantastic journey through Rio, Ipanema Beach, Atlanta and New York City and showcases original music, plus music from legendary writers and artists like Djavan, Ivan Lins and Antonio Carlos Jobim.Also, check out his holiday disc, “The Gift of Christmas”, featuring Marcus Anderson and Corvina Nielsen, released in 2016.