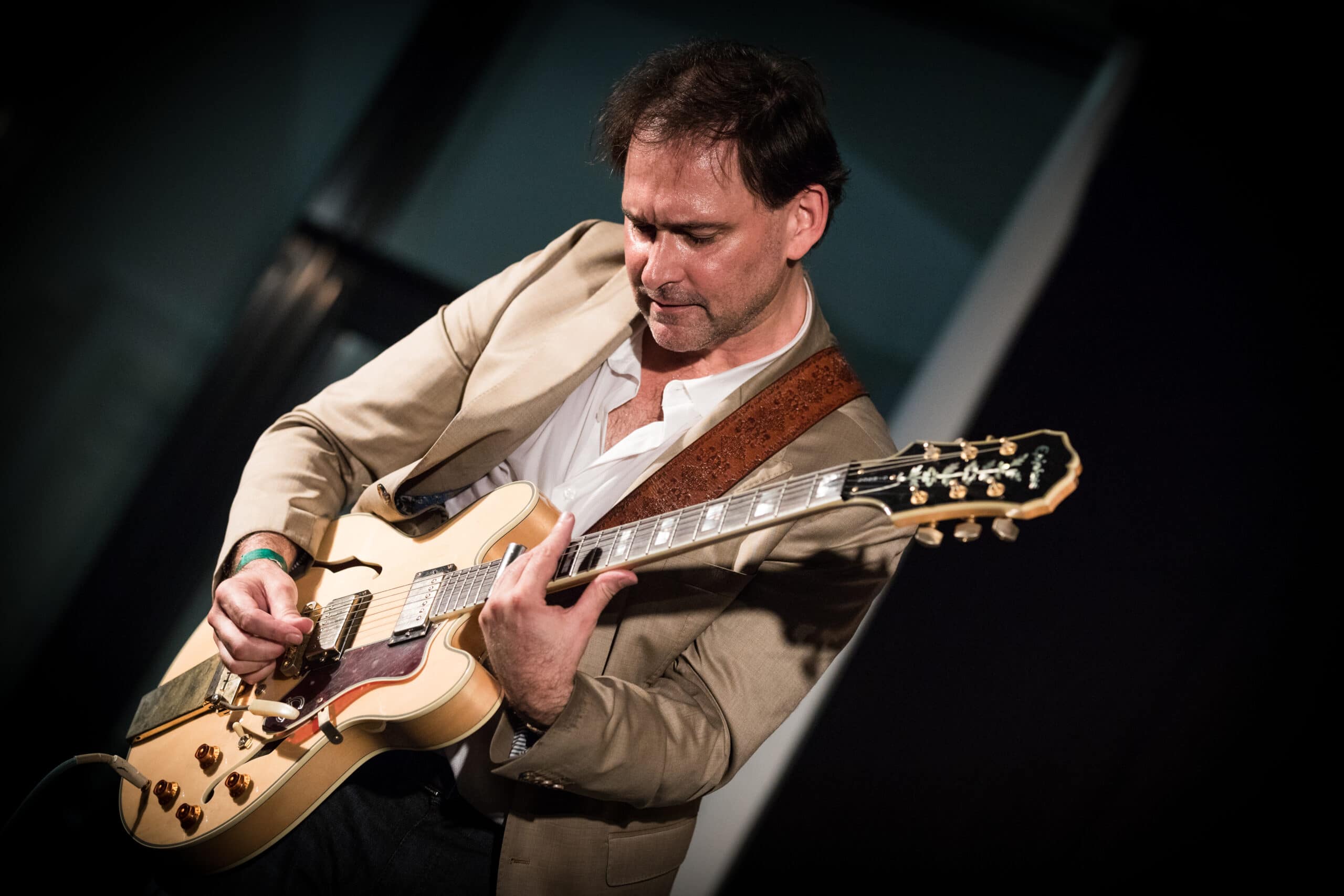 Johnny’s dream was to be good enough to play in Europe, record his own CD, and to book his own gigs every weekend.  Johnny started a Monday night residency at The Smoke Daddy in Wicker Park, featuring vocalist Jimmy Burns.  The band featured other future blues notables who were also at beginning of their careers, such as Kenny Smith on drums and Martin Lang on harp, and they created quite a buzz.  Before long, they were packed the club every Monday with a younger, hip crowd, as well as blues veterans stopping by to sit in such as Dave Meyers, Jesse Fortune, Barkin’ Bill, etc.  The residency’s success led directly to a record deal with Delmark, which in turn led to lots of bookings in the Midwest and the first of several European tours.