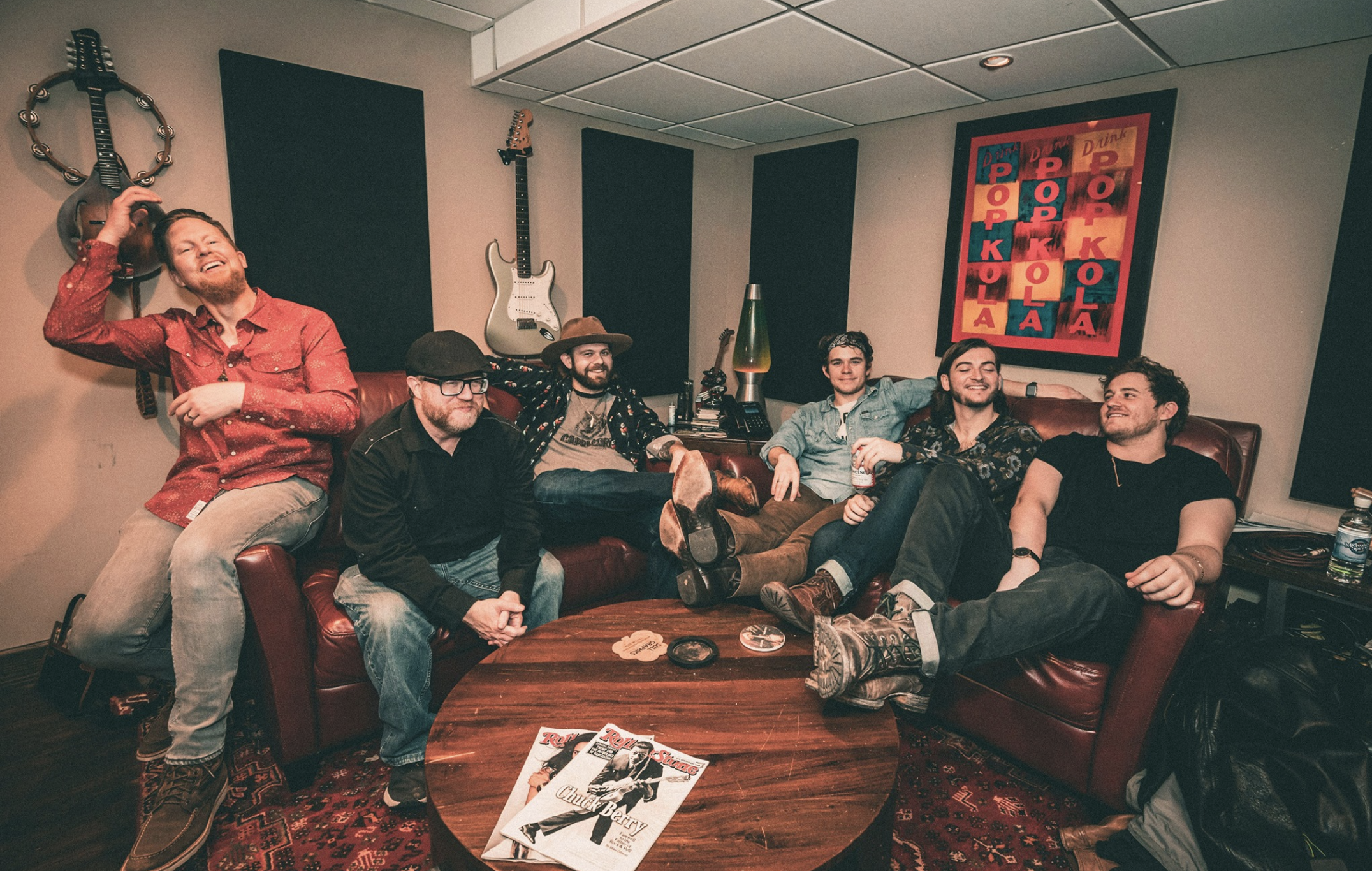 End of the Line is the premiere Allman Brothers tribute band. Having carved up the southeast with sold out shows in Georgia & Tennessee, End of the Line is making a name for themselves with a sound as classic & heavy as the original brothers themselves. From the authentic, raspy vocal approach of Justin Smith to the chugging drum/percussion train of Chase Bader and Ryan McClanahan, the band pays homage while pushing the boundaries of the timeless and extensive catalog. Carrying the electric weight of Duane Allman is Conor Kelly and his counterpart Dicky is Adam Gorman, who is the band’s lone maconite. Last, but certainly not least, the low end duties are vastly covered by Casey Conway, who is a perfect bottom end sandwich of Berry, Allen, and Oteil. With endorsements from the official Allman Brothers museum The Big House, End of the Line carries on the legacy of the Allman Brothers with poise and power. Come experience the soul, the guitarmony, the jam, and the ramblin’ spirit that still lives on through each note.

“I had the great pleasure of working with End Of The Line early on in my career celebrating the anniversary of “Layla and Other Assorted Love Songs”. I remember even then being so impressed with the respect and reverence they had for this material. I recently sat in with them in Nashville almost a decade later and noticed that same dedication to honoring the material that I (like most of us) was spoon fed growing Up. The Allman Brothers music is so special to me, and they do it more than justice. I found myself saying multiple times through the set, ‘they’re hitting every note’ and that’s exactly it man, they’re hittin the note. Every time. Great band.”

“To whom it may concern, my name is Peter Levin, and I was the piano and organ player in the Gregg Allman Band for 4 to 5 years, up until Gregg passed. I also have a long history with the extended ABB family, both recording and performing with many of those musicians. I performed with End of the Line for the first time in May of 2021. Having performed with many bands that play the ABB catalog, I have to say that the show with End of the Line was one of the best I can remember. The first thing I noticed was the attention to detail all the musicians put into knowing the parts from the original recordings. That made it sound very authentic and enjoyable for someone that was not only born and bred on this music, but also having played a lot of it with some of the original Allman Brothers themselves. What I feel separates End Of The Line from many other “Tribute,” or “Cover” bands, was the band’s ability to make the improvised jams a little more their own, without straying too far from the style. The band sounded full collectively, the songs rocked, and there is an extremely high level of musicianship that permeates throughout the band, in every position. Without a doubt, I thought End of the Line provided a true Allman Brothers experience. It was a great show and I am absolutely looking forward to the next one.”

“I used to play drums along with ABB in my headphones as a teenager in the late 80’s and thought of myself as being a stickler for playing the parts correctly. Cut to thirty something years later, I’m introduced to End of the LIne, a band I wish I had been in all those years ago. Their attention to detail while being able to create an authentic feel and groove is like no other tribute to ABB. With an ever changing set list as well as complete album tributes, End of the Line will leave your Allman Brothers Band urges completely satisfied.”