Encanto: The Sing Along Film Concert 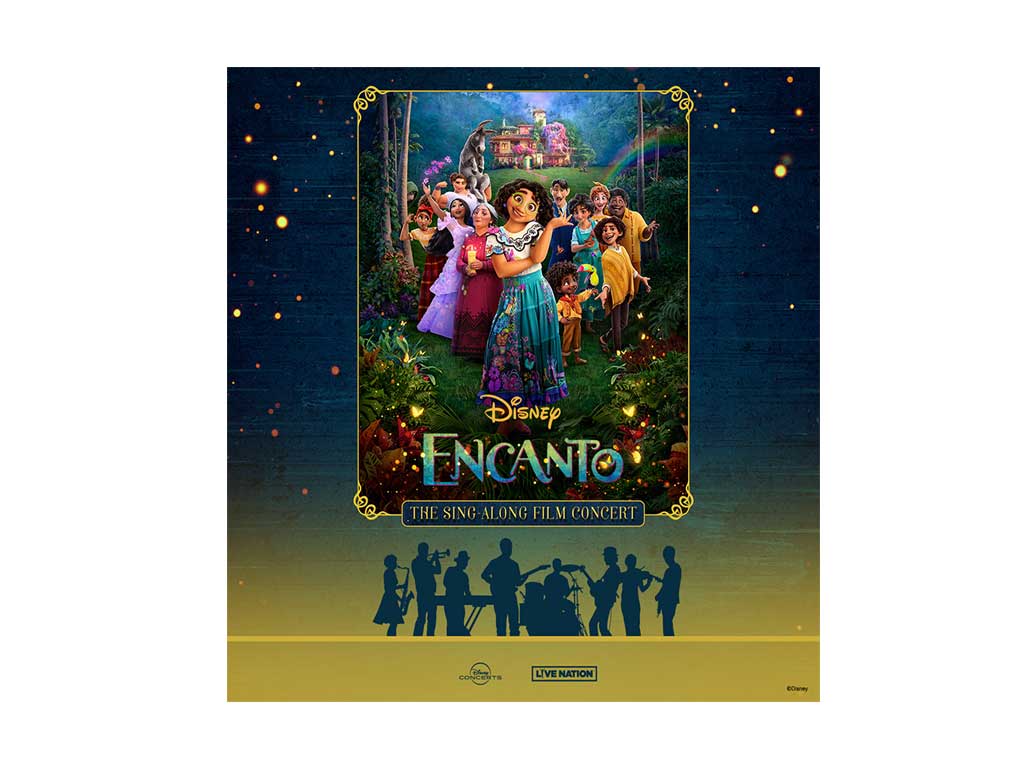 From the Disney movie that is warming hearts all over the world, Disney Concerts and Live Nation bring you Encanto: The Sing-Along Film Concert, where Walt Disney Animation Studios’ Academy Award® winning film comes to life in a one-of-a-kind concert event, featuring the entire feature-length film and an on-stage band celebrating all the record-breaking hit songs from the beloved soundtrack.