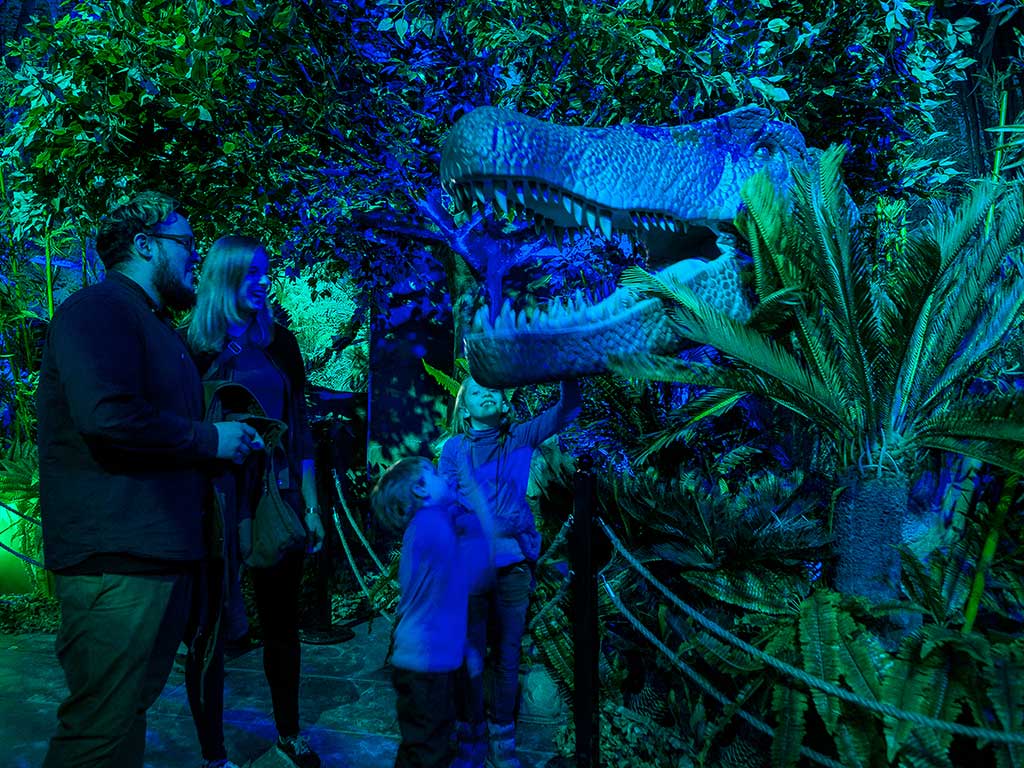 Dinosaurs are taking over Alpharetta!
Grab a prehistoric passport and join over 30 giant moving dinosaurs in our walk thru safari on a globetrotting expedition at Dino Safari, a dino adventure for the whole family. Go on a globetrotting expedition around the world, dropping in to see a variety of dinosaurs living on each of the seven continents that were once Pangea during the Age of Reptiles. Get up-close-and-personal with the most fascinating prehistoric creatures from the mighty T. rex of North America to the giant amphibious Spinosaurus from Africa while you learn how dinosaurs evolved over time, where on earth they lived, and the discoveries paleontologists have made about how they ate, moved, and behaved. Dino Safari features fossils, a Sauropod Slide, Dig Pit, interactive games, cutting-edge research, and many varieties of advanced animatronic dinosaurs. Dig up ancient fossils, see how you measure up to the massive T. Rex, and race a Raptor. Beware: along the journey, earthquakes might erupt, dinosaurs could battle, and your family might just have to help save a baby dinosaur’s life! So, get ready for the adventure of a lifetime!
Buy Tickets