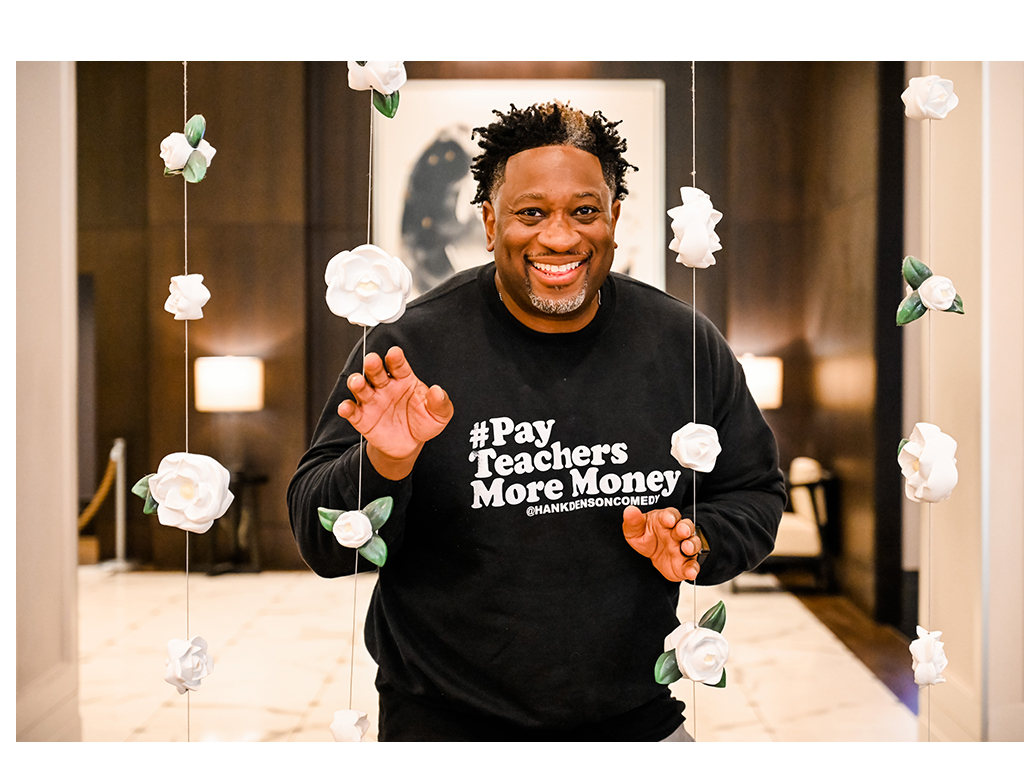 Come our for a night of laughs and support a good cause!
Headliner: Hank Denson
Hank Denson, an Atlanta based comedian, has been making a name for himself on the comedy circuit for the past 12 years. He’s a friend to your favorite comedian, having opened up for Jamie Foxx, Cedric the Entertainer, Amy Schumer, Caroline Rhea, and George Wallace. Hank is a regular guest host on the NBC daytime show Atlanta and Company – and has appeared in Barbershop 3, and the Tupac biopic All Eyes on Me.
Host: Areshia McFarlin
Areshia McFarlin is a classically trained Actress and Stand-up comedian with a professional career spanning over 20 years. Areshia is a writer, producer, and director of culturally relevant and responsive content. She’s a master of “joyful communication”. She has been an active member of the SAG/AFTRA for 20+ years. She performs regularly in comedy clubs across the US and she headlined this year’s Black Women in Comedy Laff Festival in New York City. Currently, she can be seen in the 2018 HULU limited original series “Single Record”, where she takes the lead role as a no-nonsense record executive, Maxine Harris. She is the host of the wildly popular though rarely seen YouTube podcast “Teach the People with Areshia” where she sits down to have ordinary conversations with extraordinary people. Areshia is a force to be reckoned with, so don’t let the smooth look fool you.
Feature: Scotty K
Scotty K is from LA…Lower Alabama! He’s an internationally touring and headlining comedian. He has been winning crowds with his high energy and animated performances for over two decades. With improv, characterizations, and music, his content is smart, creative, and fun for all audiences. Scotty’s material ranges from growing up in the South, to family, relationship dynamics, and cultural differences. His aim is to bring laughter, as well as joy to his audiences. At the end of his show, you feel you have been entertained and inspired.
BUY TICKETS
• 2 drink minimum for each show
• Saturday’s show starts after the UGA game
• Feel free to wear your costumes to both shows!
• Bring donations for Kimberley’s Teachers*
*Kimberley’s Teachers is a non-profit group that
distributes classroom supplies to teachers in the Metro
Atlanta area and throughout Georgia.