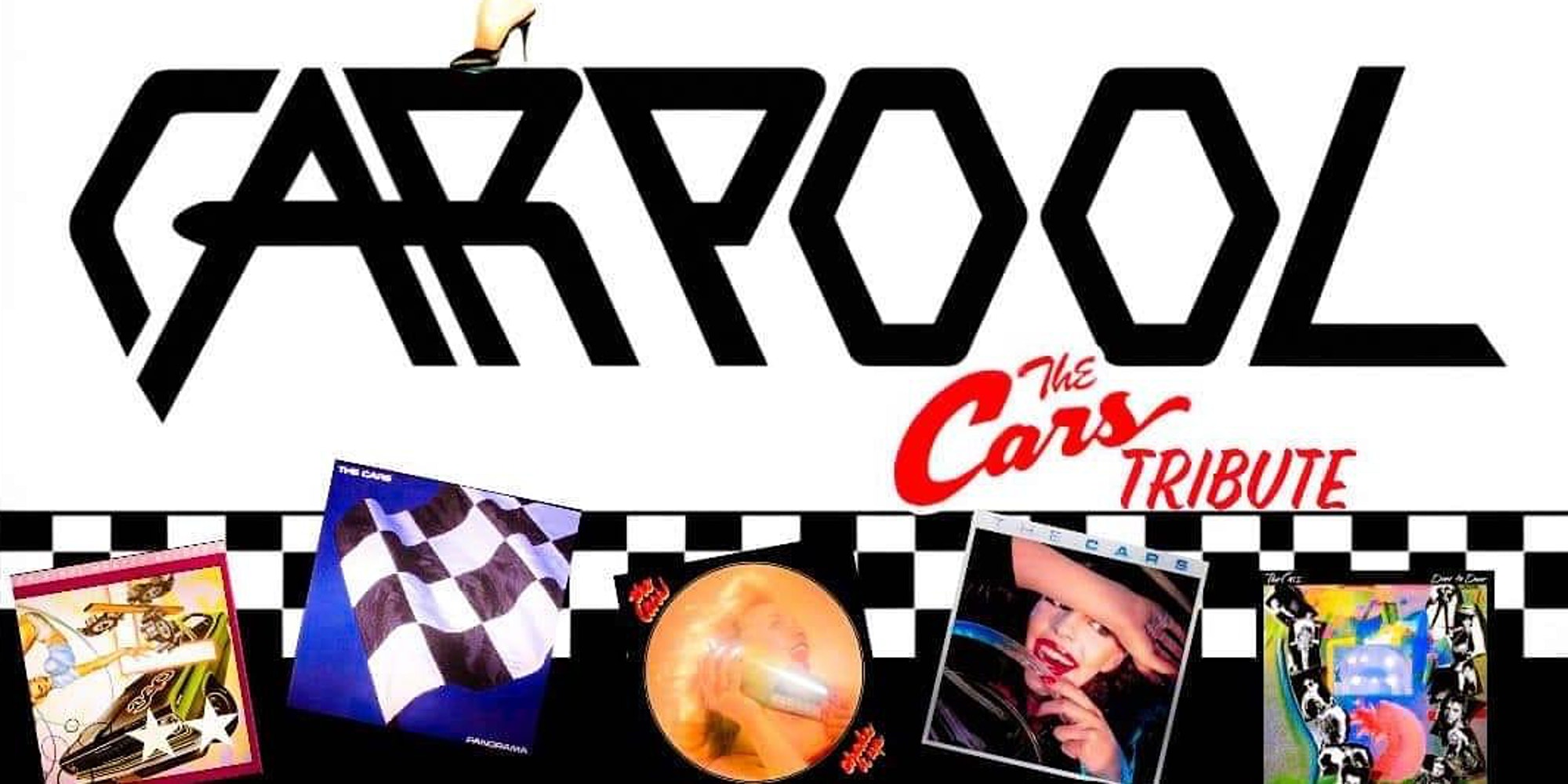 Carpool – Cars Tribute Band – LIVE at MadLife Stage & Studios on Friday, September 17th at 7:30!
__________________________________
Doors 6:30 | Show 7:30 | 21+
__________________________________
Carpool – Cars Tribute Band
Facebook URL https://www.facebook.com/carpooltributeband/
With their sleek, synth heavy, steady beat and driving guitar sound all inspired by proto-punk, garage rock, and power pop, Boston-based quintet the Cars racked up a string of multi platinum albums (6) and a whopping 16 Top 40 singles, becoming the most successful American synth-pop-rock (New Wave) band of the late ’70s and ’80s. Their immense popularity made them and their sound cross over into all top radio format and movie soundtracks. The first two albums (1978’s The Cars and 1979’s Candy-O) became instant classics; their fifth album, 1984’s Heartbeat City was a modern pop masterpiece fueled by a run of videos that became MTV staples. The Cars broke up in 1988, but their music’s popularity and influence never faded. These incredible pioneers were officially inducted into the Rock and Roll Hall of Fame in 2018.
Carpool tribute band recreates the sound, feel, look and vibe that made the Cars world famous. The band is comprised of five of the best and hardest working full-time musicians in the Atlanta, Georgia area. Their performance meticulously captures all the essence and brings it onto the stage. A Carpool show will take you right back to when the Cars were (and continue to be) the soundtrack of our lives, reminding us all of why the Cars hold a very special place in all of hearts and minds. Live show available for both public and private parties/corporate events/ concerts/ festivals worldwide. Join us and let the GOOD TIMES ROLL!
Band line up:
Matthew Trautwein -Ric Ocasek (Vocals/Guitar)
Ludwig Austin -Ben Orr (Vocals/Bass)
Ron Abraham -Greg Hawkes (Keyboards/Vocals)
Tony Baker -Elliot Easton (Lead Guitar)
Brad Berry -David Robinson (Drums/Vocals)
__________________________________
OTHER INFO:
Tickets go on sale May 12th, 2021. Ticket prices may increase at any time.
For any other questions regarding the event or tickets, please contact the Box Office during its hours of operation at (678) 384-2363 ext. 1.
Box Office hours of operation are Wednesday-Saturday 5:00 PM – 9:00 PM.