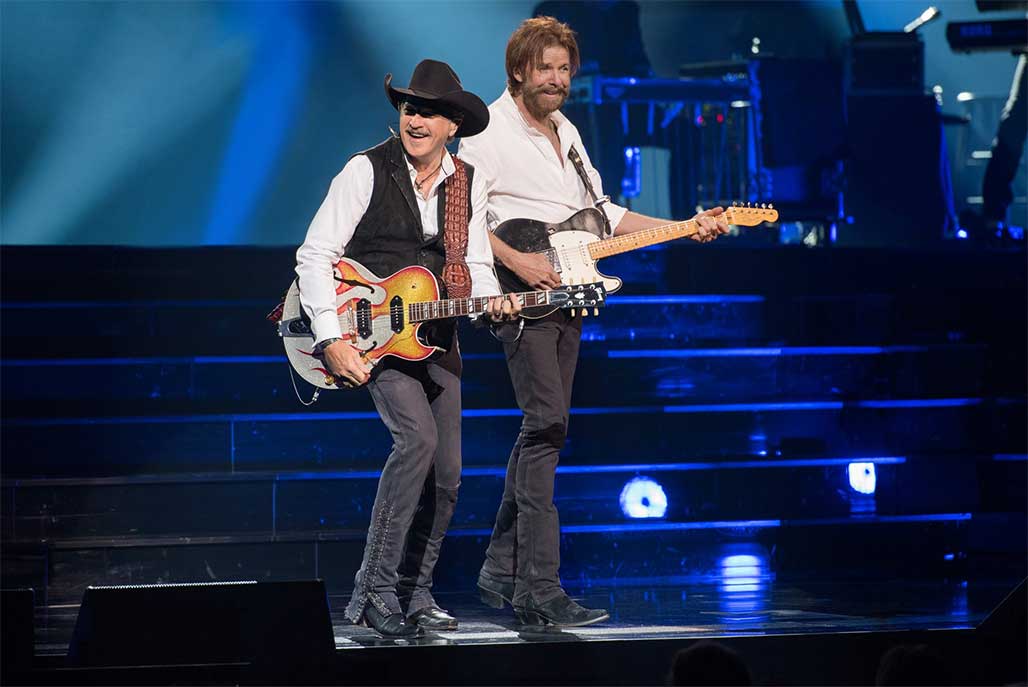 With 20 No. One hits stretching back to 1991, two Grammy awards, dozens of ACM and CMA honors and a discography counting more album sales than any country duo in history – regardless of genre – Brooks & Dunn’s influence on today’s country has never been in question. Hits like “Boot Scootin’ Boogie,” “My Maria,” “Only in America,” and “Believe” have propelled the duo to more than 30 million albums sold, with the New York Times heralding “together they helped drive the power-country era of the early-to-mid 1990s and continued to benefit from the sea change in the genre they helped initiate right through their most recent albums.” Their original “Merle Haggard meets The Rolling Stones” vibe made them progressive stars in their own right. In 2014, the duo announced their reunion along with long-time friend, Reba McEntire, for a residency called “Together in Vegas” at The Colosseum at Caesar’s Palace in Las Vegas, which received rave reviews and continues to be extended including more shows throughout this year. The duo recently announced their upcoming collaboration album REBOOT, available on April 5. The project will see the duo team up with Kane Brown, Thomas Rhett, Brett Young, LANCO, Ashley McBryde, Brothers Osborne, Luke Combs, Midland, Cody Johnson, Jon Pardi, Tyler Booth and Kacey Musgraves on re-ignited versions of their biggest hits.