A SONG CAN CHANGE YOUR LIFE Podcast NEXT 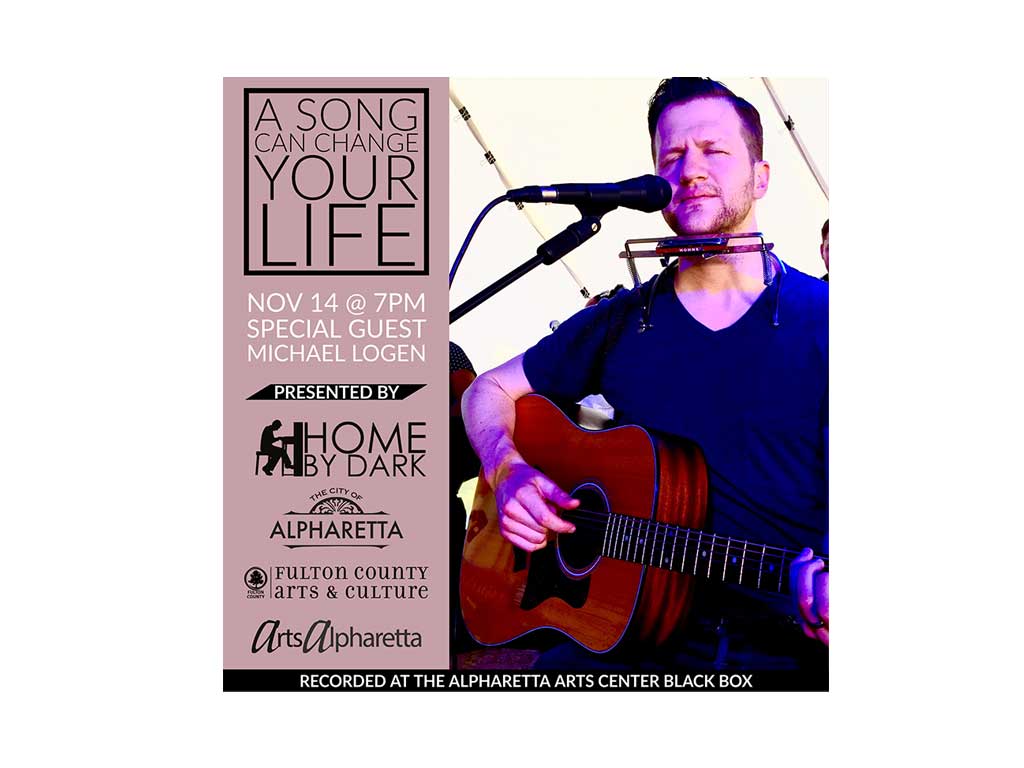 Featured Guest on NOVEMBER 14 @ 7:00pm – Michael Logen
Logen grew up in the small college town of Lewisburg, in North Central Pennsylvania. He was raised listening to Americana and Folk classics like Johnny Cash, Willie Nelson, Merle Haggard and Gordon Lightfoot. He comes from a musical family and learned to play guitar from his dad. Michael’s songs have been featured on many TV shows including multiple placements on “Nashville”, “Suits”, “Parenthood”, “The Fosters” and “One Tree Hill.” Logen’s folk song, “Couldn’t Ask For a Better Friend” played prominently throughout the 2016 Rio Olympics when it was chosen by Folgers as the theme for their award-winning ad. Billboard Magazine also did a write-up on Logen’s song in their article, “Olympic Gold.” Michael has performed in every state in the continental US as well as in the UK, Denmark, The Netherlands, France, and Spain, opening for such artists as John Hiatt, John Legend, India.Arie, Jonny Lang and Mat Kearney. A prolific songwriter, Michael’s songs have been recorded by many artists including Jonny Lang, Mat Kearney, Brandon Heath, The Greencards, Paul Carrack, Will Hoge and Sister Hazel. Most notably, he wrote “Breaking Your Own Heart” which was covered by Kelly Clarkson on her Platinum-Selling, Grammy-Winning album, “Stronger.”
A SONG CAN CHANGE YOUR LIFE podcast features one-on-one interviews with professional songwriters. Episodes may cover a variety of subjects such as the writer’s background, their introduction to songwriting, the creative process, the demo recording process, pitching songs, the business of professional songwriting, sources of inspiration, and poignant moments in their career. Every show focuses on one song from the writer’s catalog that has had significant impact on the world, the writer, or the host.
Listen on all major podcast outlets and at asongcanchangeyourlife.com.
Watch at facebook.com/homebydark