Ryan Reynolds has a new gamehow called “Don’t.”  The show features families of four as they tackle a variety of mental and physical tasks for cash prizes.

CL Casting is seeking audience members of all ethnicities ages 18 – 60 to watch the show.

Now if you want to be on the show and not just watching, I found this link to apply as a contestant by MysticArt Pictures.

According to Variety.com Ryan Reynolds is behind “Don’t,” a new original game show that has been picked up by ABC for multiple episodes. 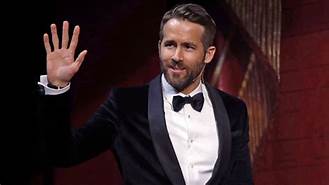 An original format created by Banijay Studios North America, “Don’t” is described as a “comedic physical game show” in which families of four are asked to perform various challenges. The family members must work together on mental and physical tasks with just one rule: “Don’t” do something. They might be told to “don’t slip,” “don’t laugh,” “don’t scream,” “don’t forget,” or another “don’t” challenge.

Each episode will focus on one family as they go through the “Don’t” tests. If they succeed, they’ll win a cash prize. But if the family fails a challenge, one of them will be eliminated. When just one contestant is left, the last remaining family member must compete on their own. Whatever money they’ve earned, the family keeps.